Nick Szczepanik, the Times ... "Carlo Ancelotti, the Chelsea manager, chose not to speak to the press on Saturday, but he had no need to. His players, especially Frank Lampard, had done the talking for him." 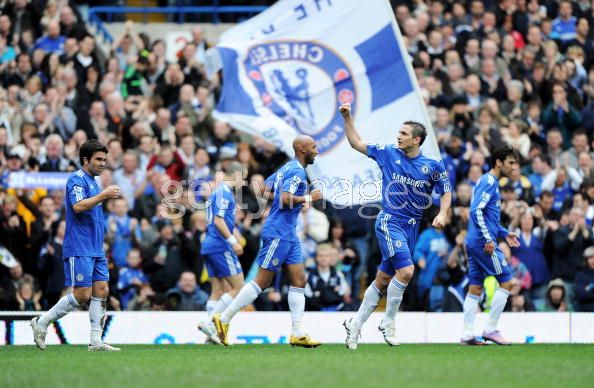 Saturday marked a full-blown renaissance for the famous CFC. Written off only a week earlier, now the Blues are right back in the midst of a title fight. And may well be favorites. Simply put: win out to become champions of England one more time.

Saturday also was historic, for more than a few reasons ...

Art Deco: I think we can finally use this ridiculous cliche once again to describe our aging Brazilian turned Portugese. He really was brilliant Saturday. His vision is probably unmatched at Chelsea and, when given time on the ball, he really can dissect opposing sides. Peep his subtle trickery to free both time and space; the small juke on Milner, which allowed him the space needed to unleash Zhirkov for our third. Amazing stuff. Will he start at Old Trafford, unknown. Displays like this, though, certainly won't hurt his chances.

Proper formation, proper result: This is it, friends. Carlo decided on a rough 4-2-3-1. Mikel anchored, along with Deco who was given more of a free role. Lampard played behind Anelka, flanked by Flo and Joey. So, Lampard in his favorite position; the result, four goals. He also provided a much-needed goal threat, something missing since Anelka's dip. Speaking of the Frenchman. Played as a center forward; the result, devastation (I believe rest also played a role in Nico's response). It's simple. Play the guys where they need to play. Anelka and Drogba together at Old Trafford? Sure, if it's in a two-man strike formation.

What's left to say? Amazing display, but let's not get carried away. We've played well before this season, with the opposite result. However, you can't be mad at that. Keep it up, lads.

On to the Theatre of Dreams, then. KTBFFH 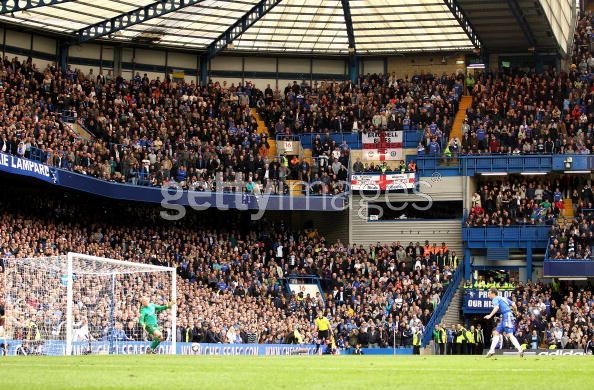 Super Frank. From the spot.

Paulo 7
This man never seems to let you down. Another steady display.

BJT 8
Returning to his familiar self.

Alex 7.5
A great compliment to Terry.

Zhirkov 8
Certainly not a natural defender - as seen on Carew's goal - but possesses sterling ability in an advanced position. His link-up play with Flo was something to behold. Won a pair of penalties.

Mikel 8
More competence from the Nigerian. Still prone to a mental lapse, but so crucial in providing freedom for the front four, five, whatever. Good luck prying the ball from him.

Deco 8
Perhaps his finest performance for Chelsea. If he is indeed entering the final weeks of his CFC career, what a way to close.

Joey 7
Understated, but exactly what was needed: true wing-play. Eliminate the hullabaloo, and you may well be a Chelsea player come July.

Lampard 9.5 (MOTM)
Probably deserves a 10. And to think some around here were questioning the "Super" moniker. The finest to ever wear a Chelsea shirt?

Flo 9
In the form of his life. Unstoppable, again. If only we had a right-sided equivalent.

Anelka 8.5
Well rested. Deployed in the center. The result, a clinic in world-class forward play. The movement, well, was devastating. Deserved a goal.