A much-needed win. A much-needed performance. But let's not get too carried away. A win at the weekend, and then perhaps we can begin to look up once again.

At least we have restored some semblance of confidence before our defining stretch, which begins Saturday at home against Aston Villa. Pompey is good for that, it must be said. As much as I enjoy what Avram Grant's men have been able to accomplish this season - I must admit, I am rooting for this stricken club - they disappointingly packed it in during the second half. We'll take it regardless. Four points that one was worth; three for the win, one for evening our goal differential with United. 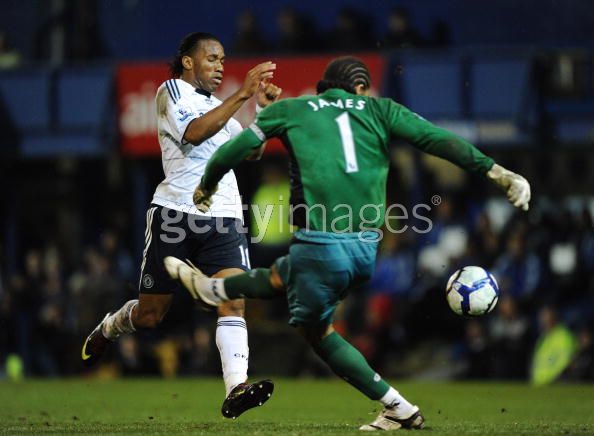 Thanks so much for the gift, David.

Make no mistake, we're not playing like champions at the moment. Only a rampant second half erased what was a dreadful opening 45 from the Blues. Timid and labored for much of the first half, it took a gift from David James - or, as I like to refer to him, the man formerly known as calamitous - to hoist the Blues into the stratosphere.

And that's exactly where they went in the second half. We could've scored at will after the break. As the Times put it: "If it had been a boxing bout, the referee would have stopped it long before the final whistle ..."

Frank Lampard restored the Super moniker with a superlative display. Blessed with what must have been the most time on the ball he's seen all season, Lamps dissected Pompey with relative ease. Florent Malouda, well, the man is possessed at the moment. And Drogba did what he does. The Ivorian has matched his highest Premier League goal tally (30) - with around two months to go in the season.

Also, I need to give a shout out to Ancelotti; he showed a little tactical nous in this one. His subtle formation tweak in the second half - from what appeared to be a 4-2-3-1 at the start to more of a 4-3--3 in the second - provided much-needed balance to the side. It allowed Deco to support Mikel a tad better, and it proved a benefit to Lampard who had even more freedom over the last 45 minutes. Our attacking widemen actually remained wide, too, which was a major plus. Perhaps we will stick with the 4-3-3, with Joe Cole on the right, even if it means Anelka remains relegated to the bench. Who knows.

Moment(s) of the match ---
1. Super Frank mouthing "We're back" after the fourth goal. Let's hope so.

2. Chelsea supporters breaking out the Bob Marley in the final minutes:
"Dont worry, about a thing / Cause every little thing, is gona be alright" 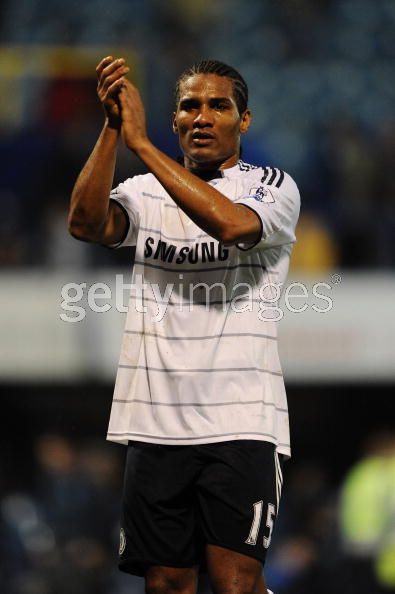 Ricky 6
Thanks to the egregious Mokoena, failed to make it through the opening 20.

Zhirkov 6
Understated. Half-expected more from the Russian against a side like Pompey.

Deco 6.5
Interesting. Never dwells on the ball, which I appreciate. Gave it away a few times - as he does - but thought he gave us good balance, especially after CA moved to a midfield three.

Lampard 8.3
Excellent. Brought what he have become used to: the entire package. Second half tweaks really allowed him the freedom to terrorize.

Sturridge 5.5
Contributed little aside from breaking a nose. Like Joey, tries too damn hard.

Malouda 8.5 (MOTM)
What can be said? The Frenchman continues to produce sterling performances. Keep him further up the field, and this is what you can expect.

Drogba 8
Battering ram. Bagged another two goals to take his tally to 30 - and it's still March.

Alex 7
Was strong in relief of Carvalho

J. Cole 6.5
Bright in the early stages of his appearances. Drifted, though. Understands the demands of the wide position, though, which may give him hope of retaining a place in the side for Villa.