The less said about this one the better. But something must be said.

Was there anything more inevitable than that result? If you did not envision a Blackburn goal, you haven't been watching the famous CFC this season. After all, we still haven't won in that damned shirt - like that egregious garment can even be blamed for that display. 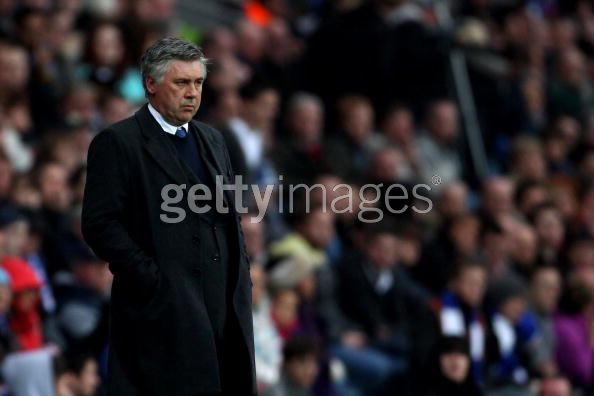 Not getting it done. Simple as.

A particularly miserable performance, especially considering what happened in midweek. Oh, and also considering the start and shear amount of chances created in the opening half. No response from crashing out of the Champions League? Really? Sure, we started well but to show the least bit of urgency only after conceding is pathetic.

The predictability of this side is disgraceful. Thwart Drogba, thwart Chelsea. Where's the versatility, the adaptability? Moreover: How many times this season have we shown the ability to score with relative ease, before reverting into some sort of disheartening mix of lethargy and cluelessness.

No Ashley Cole has resulted in a chronic lack of width, highlighted today by the fact that Michel Salgado of all people had a decent game. Well, he wasn't under threat at all. Ancelotti had something to do with that as well, opting to play Malouda in more of a central role. Excuse me? Explain that one if you can.

Disappointed in Ancelloti. Tactically, he got it wrong with Malouda. Kalou was back to his worthless best. And, again, He clearly didn't provide what was needed at halftime; no motivation. Then there's the changes, which clearly don't instill confidence. Sturridge in stoppage time. For Anelka. What the hell is that about? Sure, he doesn't have many options to be fair, but you would think leaving on Le Sulk and pulling a defender or Mikel would have been the better option. Oh yeah, and about 15 minutes earlier. The bigger question is whether the board will allow Ancelotti time and a budget to work with, rather than wielding the traditional quick hook. Stay tuned.

There's also the Ivanovic injury. Excellent. Ballack, too, was injured in the warm-up. Let's hope for encouraging news on this front; like we need anymore bodies in the treatment room.

Crazy as it is, we still have a realistic shot at the Premier League title. Does anyone even remotely believe that to be a possibility based on the latest round of disappointments? The way this season has gone, you never know.