You're probably asking yourself: Is this really necessary? Do we really need to recap what was an appalling evening in pretty much every sense. Sure say that rather large anti-Chelsea group that invade this place every time we're bounced out of the world's 'most prestigious' club competition.

The loyalists, well you're probably ready to forget Tuesday. Hell, you might already have - if so, I apologize for the refresher.

Still, this must be done. It's called therapy. I won't take long, I promise. 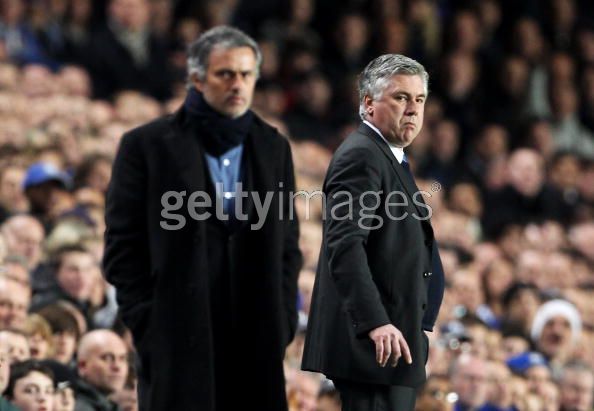 Out of focus here. Never in reality.

A fair bit of congratulations ...
... go to The Special One and his committed band of brothers. Out-thought. Out-fought. Out-played. Put it this way: Lucio & Co. didn't back down, and we weren't expecting it.

... and a fair of bit of relief ...
to me and apparently a lot of other CFC supporters. Considering the disenchantment many of us have for this competition based on our history in it, this dismissal may come as some demented form of relief. And then there's always this point: Who else would you want to lose to? It would have been another horror show had we been dismissed by United or Barcelona.

The Ballack Conundrum
This is how it is being referred to in supporter circles; so shall it be referred at Chelsea Offside.

How on earth is this guy such a pivotal piece for us? He proved it once again Tuesday. Carlo withdraws him, I cringe, and the side collapses. The midfield was unbalanced - Joey pushing forward, leaving Ivanovic exposed to pace (c. Eto'o) - and Inter controlled the rest of the match.

Remember the Villa match earlier this season? Guess who was missing that day. Exactly.

Anyone got a clue?

A Static Midfield
Facing a determined team, one willing to suck the air out of the match and control the ball when possible, we simply did not have the imagination, or the desire it would appear, to break through. Only Flo, and even Kalou when he came on, showed a willingness to take a defender on. Super Frank, Anelka, they both appeared more interested in slowing play and seeking the killer pass. It didn't work. Neither had time to produce that killer pass. It all contributed to slowing our general play down, which as you know is a major problem I have with this side. When we moved the ball quickly - the last 10 or so minutes of the first half - we were a major threat.

This leads to the argument over age. Perhaps we are on the decline. Against the Wolverhamptons and Sunderlands, our talent will triumph. Even against an Arsenal, too busy bombarding forward to worry about anything else, we can be successful. But against an intelligent, disciplined team, we show some discomfort. 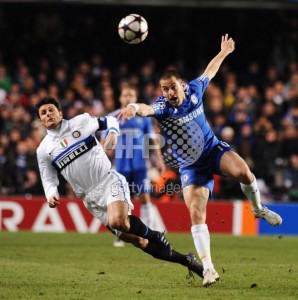 Does Joey have a problem?
And by problem I mean a drinking problem? Or one of the narcotics variety? Seriously. What has happened to the man? He simply should be better than this. The injury was - repeat, was - a problem but I refuse to believe it is still a crutch. There must be something there; what is it?

UEFA, of course
Is any of the above relevant? Imagine if Kalou actually had been awarded the penalty he rightfully deserved in the first leg, and Samuel had been subsequently sent off. It most certainly would have affected everything thereafter.

So, can you really draw a conclusion on this tie considering the uncertainty of the decisions made in it? Don't confuse this view as a reason/case for why Chelsea should have gone through. We were no doubt mediocre (I personally don't believe we deserved to advance). But I'd think any supporter, of any club, would like to be able to look back on any given match/tie with a clear mind rather than with suspicion.

And before some of you - most of the anti-Chelsea variety - encourage me to "get over it," I'll say this ... No. Never. Not going to happen. As long as there are legitimate beefs regarding the famous CFC, I'm going to discuss them. And confront them. And complain about them.

Yes, the great Barcelona debacle of '09 is still painful. So the fuck what. 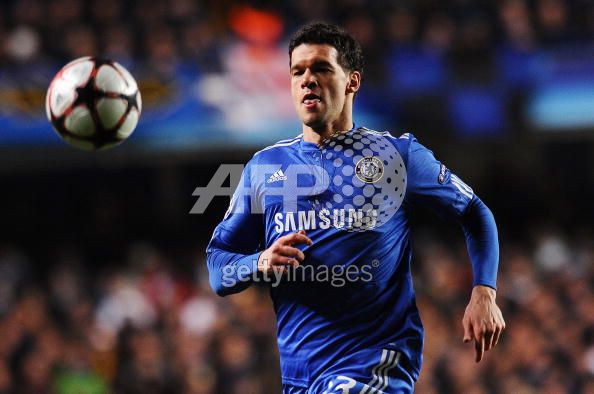 Cheer Up
Hey, we've got a domestic double to win don't we?