Disappointed? Sure. Devastated. Not in the least.

I'll follow up soon enough, but for now let's rap on what was a heinous night at the Bridge - at least for the famous CFC - right here. Hey, if it we had to go, who better than Jose to wield the ax?

Good luck to the man; go forth and win the damn thing, Jose. 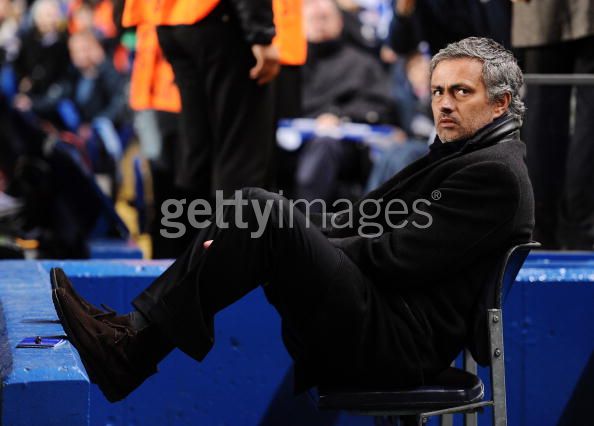 Comfortable. As he was all night. As he is always.

A few things for you to discuss in the lead-up to a recap...

1. I don't think any of us expected a walk - you would have been a fool to prescribe to such a notion - but am I the only one who expected a lot more from Chelsea tonight? "It's just not happening" would be the quote of the night, at least in my household. Disappointed in the effort and the general lack of ideas; that, my friends, is the real letdown.

2. Mourinho. He simply gets the job done. This day, it was a tactically-superior, cohesive unit that outworked our laboring workforce. Physically, Inter did not wane; and that may have been the difference.

3. Speaking of our workforce, is the gig finally up for this core unit? We've spoken about this before, but age is certainly starting to tell. Could this dismissal spark a rebuilding period?

4. Sneijder. Brilliant. Didn't I mention him in the summer as a potential target. Too bad we passed, eh?

6. On with a domestic double then?