"It's the man himself!"
-Keanu Reeves, as Jonathan Harker in Coppola's film adaptation of Bram Stoker's "Dracula"

I reckon Brave John Terry may utter something similar - with a much more believable English accent, mind you - when The Special One levitates onto the Stamford Bridge sideline during the man's second coming Tuesday evening.

It will no doubt be an historic occasion. I fully expect a warm reception for Mourinho, and a kind gesture in return to the Blues faithful from the man who led us to the promised land for the first time in a half-century. As for the game ...

Another classic CL night at the Bridge? I think you can rest assured that will most certainly be the case. 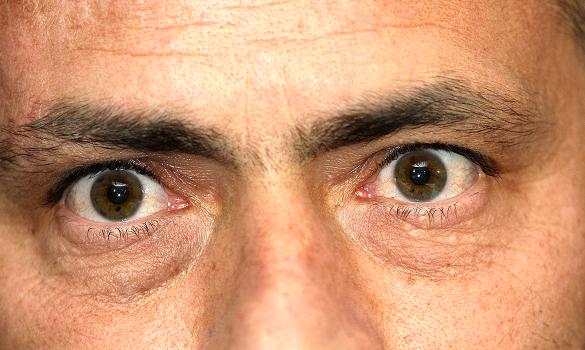 A 3-1 defeat to Catania left Inter somewhat reeling. They now lead their city rivals, who won at the weekend, by a solitary point in the race for the Scudetto. And Milan no longer has the CL to worry about.

Certainly Muntari's whig-out had quite a bit to do with the defeat. Regardless, it wasn't a performance to cherish. Were Jose's men looking ahead? Potentially. Nerves? Maybe. Expect that all to be ironed out by the time these two clubs take the field Tuesday.

In the first leg, Inter played as if they were the away team - nine shots, 40 percent possession tell the story. They did take two of their three clear opportunities, though, something we simply did not. This all begs the question: Will they be able to threaten consistently at the Bridge? If not, will they be as fortunate as they were three weeks ago?

Balotelli's absence, who injured his knee in training ahead of the Catania match, is a slight blow. His skill off the bench would have been useful in a squeeze. And, trust me, Internazionale will be in a squeeze.

What need be said? A wonderful result on the weekend provides an excellent platform on which to spring into this certain barnstormer.

Malouda, on Saturday's evidence, will pillage anyone in his path. Drogba is proving so effective, it's disgusting. Mikel is transforming in the linchpin. And defensively, we are looking much stronger - of course, refer to this sentence only if Alex is preferred to Carvalho on Tuesday.

Certainly the West Ham game represents just one game, but there were signs of a shaking of the cobwebs. Parker's equalizer may well have decimated earlier editions of this season's Chelsea - and it almost did to be fair - but the response that followed, sparked by our brave captain, was telling. Let that drive consume Stamford Bridge on Tuesday, and we'll sweep aside not only Internazionale but perhaps the shadow of Mourinho, which still lurks over SW6 to this day.

Key matchup: Lucio v. Drogba
The Brazilian defender, exiled by Bayern Munich in the summer, has transitioned well into Mourinho's side. It's safe to say he owned Drogba in the first leg of this tie. I, for one, have never been an admirer of Lucio. Perhaps I didn't see enough Munich; perhaps Munich's continued exits from the CL at an early stage played a role. Nevertheless, he has earned a small slice of respect but only just - his propensity for theatrics at the slightest contact may remind some, most of whom support clubs not named Chelsea, of a certain striker from the Ivory Coast.

How Drogba responds to his San Siro silence will go far in deciding who emerges from this tie with a berth in the CL quarterfinals.

Potent Potable: Internazionale has never won a Champions League match in which Stark has been in charge (five games)