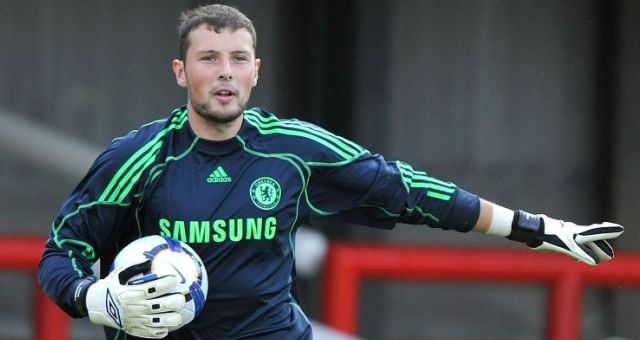 This is it, the start of what potentially could serve as a season-defining five days for the famous CFC. London rivals West Ham visit Stamford Bridge on Saturday; Internazionale, Jose Mourinho, the Champions League theme, that pulsating trio arrives Tuesday.

Both represent must-wins. A chance to return to the top of the Premier League, albeit briefly, is our initial priority. West Ham will likely view this fixture as an FA Cup final of sorts - and Zola's crew have already matched the Blues in a deserved 1-1 draw at Upton Park earlier this term. It mustn't happen again.

Consecutive league defeats for the first time since May 2006? I think not.

The Chelsea legend that is Zola has not enjoyed his second season as manager of West Ham. Last term, the Hammers were a revelation of sorts, finishing just off the European places in ninth. They currently sit 16th, just three points off the relegation zone. Injuries certainly haven't helped Zola's cause; they could be without as many as eight players Saturday afternoon.

"Last year we got a point in both games (against Chelsea), so you never know what is going to happen," Zola said. "... We are not going there already beaten, because I know that football can give you a surprise."

There are some dangerous individuals in the West Ham side, however, chief among them Alessandro Diamanti. The Italian has been an extremely encouraging figure since arriving in London. Industrious, skillful and owning a brilliant left foot, Diamanti is the most likely candidate if the Hammers are to pose problems. Additionally, Carlton Cole, who has recently been receiving praise from our very own Super Frank, has shown himself to be a handful at times this season.

RAWSE. Do you know how long it's been since I've been able to yell that? YEARS.

My mans and them Ross Turnbull finally will make his league debut for the Blues on Saturday. This goalkeeping situation is dire, eh? But I have faith is RAWSE, despite the nightmares he's recently endured for the reserves. Dude is about to set it OFF.

Hilarious needed a break anyway. Also out for this one is Carvalho; Alex was probably a better option on recent form anyway. Zhirkov is apparently back in training but, personally, I would not risk him with Internazionale on the horizon. Keeping with the XI from the Stoke tie, then.

So that's it then. We've got to get the three points. We simply cannot afford anything less as we enter the business end of the season, in the competition I value most this term. Get it done, boys.

Bonus: Carlo has revealed he is "sure" that Joe Cole will be staying with the club: "I am 100 percent sure," he said. "He's told me he wants to stay here. I've spoken to him and told him how much we like him. But I cannot guarantee anyone their position in the team, even Didier Drogba or John Terry. I can only guarantee they will be in the squad, and I have guaranteed Joe's position in the squad."

Potent Potables
• West Ham have not beaten Chelsea in their last 10 meetings in all competitions (D2, L8). Their last win came in May 2003, their last victory at Stamford Bridge in Sept. 2002.

• West Ham have failed to net more than one goal in their last 10 league matches against Chelsea.

• If Chelsea concede a goal, they will have already allowed more than in any full season since 2003-04. Wow.