Happy Birthday to the famous CFC!

Share All sharing options for: Happy Birthday to the famous CFC!

It's a glorious, glorious day to be a supporter of Chelsea Football Club. The Blues are 105 years old today.

So get out there and celebrate!

The club is rewriting the records books, amending scoring records and the like, but here at the Chelsea Offside we would like to write the records books within this site. I want to hear from you.

I want to know when you started supporter Chelsea and why. What has kept you around? What is it about the famous CFC that you truly love? 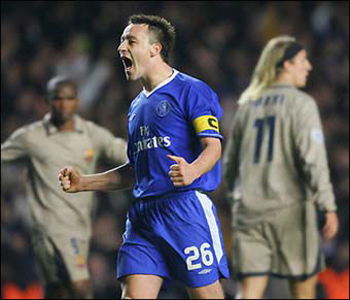 I will be the first to admit I have not been supporting the club for as long as many. It all began at the turn of the millennium. I caught a little known competition known as the FA Cup Final, which served as catalyst for getting me back into the sport after a long hiatus (since youth footie). Later, my love for the CFC was cemented thanks to a 16-bit Jimmy Floyd Hasselbaink.  Yes, FIFA 2002 closed the deal. When Jimmy found the net, his golf celebration was on another level; so, too, was the rest of the team. From there, I really started following the club - with the likes of Eidur Gudjohnsen becoming one of my all-time favorites. The love that was birthed then has grown exponentially ever since.

It's not easy to support Chelsea, you all know this very well. But maybe that's why we care, why we love. The joy, the suffering, the Blues of Stamford Bridge really are an imitation of life. Top of the league, then lose to Wigan. Then, out of nowhere, a total 180 (think Barcelona 2005).

I, and I don't think you, would have it any other way. Keep the blue flag flying high.