I guess the club did know what it was doing in January. Superb news.

Via the official Chelsea Web site ...

"Chelsea Football Club has been cleared of any wrongdoing regarding the transfer of Gael Kakuta and has had all sanctions lifted.

Today's announcement from the Court of Arbitration for Sport can be read below.

Chairman of Chelsea FC Bruce Buck said: 'We are pleased to have come to an amicable resolution of the matter and that it has been ratified by CAS and recognised by FIFA. 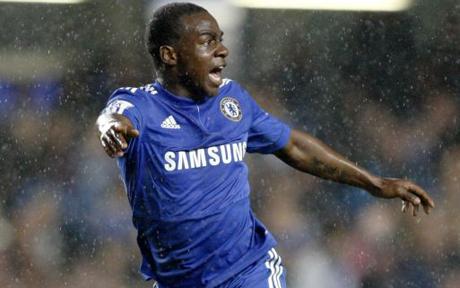 'It was always our intention to work together with Lens to reach this end, and both clubs have strengthened their relationship as a result of resolving this case to everyone's satisfaction.

'In an act of good faith and with a view to the possibility of future collaboration with Lens, and without recognising any liability, Chelsea has agreed to pay compensation costs for the training given to the player while at Lens, as mandated by FIFA in its original ruling.'

Chelsea FC chief executive Ron Gourlay added: 'Naturally, we are pleased Chelsea has been cleared of any wrongdoing and that the matter is now closed.'

The Court of Arbitration for Sport statement reads:

Lausanne, 4 February 2010 - The Court of Arbitration for Sport (CAS) has issued an award today ratifying the agreement reached by Chelsea FC, Racing Club de Lens and the French football player Gaël Kakuta, putting an end to this arbitration procedure which also involved FIFA. The CAS has noted that, in the agreement, the two clubs and the player have recognised that the contract between the player and RC Lens was not valid. Accordingly, the player could not have terminated it prematurely and without just cause and FC Chelsea cannot therefore be liable for inducing a breach of contract. As a consequence, in light of these new circumstances, the sanctions imposed upon Chelsea FC and the player by the FIFA Dispute Resolution Chamber had to be lifted.

In accordance with the parties' request, the entire proceedings, including the arbitral award and the agreement shall remain confidential and the CAS will not comment on this matter any further.

On 25 September 2009, the FIFA Dispute Resolution Chamber imposed, inter alia, a restriction of four months' ineligibility on Mr Gaël Kakuta, and Chelsea FC was banned from registering any new players, either nationally or internationally, for the two complete, consecutive registration periods following the FIFA decision. The sanctions were stayed by the CAS until the award was issued.