What was that? Seriously. That could not have possibly been Chelsea Football Club. No way. Right?

Wrong. After a month in which we swept aside most of what was placed in front of us, the bottom fell out. It was a really, really poor display. Awful, really. 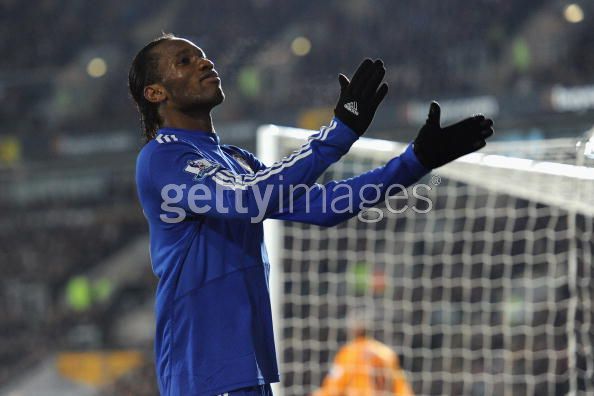 It would probably be wrong to call Chelsea disinterested, but they nearly were here. A slow, jagged start manifested into a performance of sheer mediocrity -- if that. Sloppy, almost charitable in possession.  The passing that we have grown accustomed to was nonexistent. Deco, in particular, specialized in gifting possession to the hosts.

Hull, meanwhile, were steadfast. Committed. Phil Brown's men actually dictated tempo and the midfield for much of the night. Only during a 15 or so minute spell midway through the second half did Chelsea actually offer some semblance of the form shown over the previous five matches. The return of Drogba, absent for our most recent tear, may have had something to do with that.

Not directly, mind you. But his presence did force a change, if not in system -- Soccernet's average position chart shows more of a narrow 4-3-3 than a diamond -- but in mindset.  Nicolas Anelka, arguably our finest player this term, faded into obscurity against Hull. Was he deferring to Drogba? Who knows. But whatever the case, his movement was null as was his effectiveness.

Despite it all, it was still an old habit that actually cost us in the end. Set pieces continue to be our downfall. Defender Steven Mouyokolo's first Premier League goal was a sham. Petr Cech could not make up his mind on a corner; he showed, then quickly retreated. Michael Ballack disappeared. And the young Frenchman buried his header from six yards. That makes 15 goals conceded via set pieces this season -- we've only conceded 20 total.

Drogba did mark his return with a goal, a delicious free kick just before halftime to save our blushes. It appeared Chelsea would push on from that point, but despite drawing a handful of sharp saves from Boaz Myhill, including a brilliant stoppage-time denial of Daniel Sturridge, Hull were good value for a point.

Now the bigger picture. Instead of establishing a four-point lead atop the Premier League, we're not just two points clear of Manchester United. This with a trip from third-place Arsenal on the horizon Sunday. By that time, United should reclaim first with a win against Portsmouth at Old Trafford on Saturday. Prepare yourself.