This week's hot ticket is at Stamford Bridge. Isn't it always?

This one, my friends, has it all. 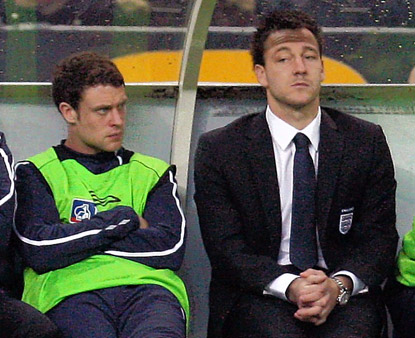 Umm, this is awkward.

The honeymoon for Mancini is over. Well, it's been over for some time. City are coming off a 3-1 defeat to Stoke in extra time, their fourth consecutive match without a win. Then there is Tevez, who is back in England after spending time in Argentina dealing with the premature birth -- and problems stemming from -- of his daughter. Our thoughts go out to the Tevez family. Whether he's physical or mentally ready (unlikely) is unsure.

There's also revenge on the table. That 2-1 loss at City in December, I doubt BJT & Co. have forgotten it.

Overall, it's not looking too bright for the Citizens.

We need a win. What else needs to be said?