A match recap is coming soon. That away goal... 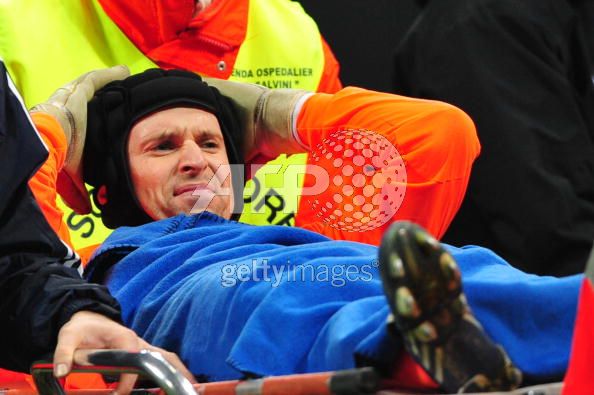 Perhaps more importantly, at least at the moment, is the health of goalkeeper Petr Cech. It has been revealed that Cech left Wednesday's match during the second half not with a serious knee injury, as many of us feared, but a calf problem. His status is unknown at the moment, though the Czech international will be assessed over the new fews days.

"We have to wait and control his condition over the next few days," Carlo said after Wednesday's opening leg. "He has an injury on his calf. We cannot say now when he will return to the squad."

Shew. Not great news, of course, but it could've been so much worse. And, with the return leg of this CL tie not for three weeks, maybe Cech can recover in time. Perhaps even sooner? We'll keep you posted.