CL Lead Up: The Special One, quote edn.

Share All sharing options for: CL Lead Up: The Special One, quote edn.

The man who brought unmatched success to Chelsea Football Club will, in a day, be matched against his former employer. It should be emotional. It should be must-see television. Ahead of this incredible tie, I present 20 of my favorite Chelsea-era Mourinho quotes. What is/are yours? 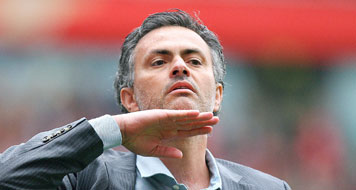