Man. It's hard to focus on Wolverhampton isn't it? What, with that small occasion at the San Siro in midweek fast approaching. What a reunion that should prove to be. Anyway.

Let's not get too far ahead of ourselves. There's work to be done at home, in what must be our priority this season: the Premier League. It seems like years since the famous CFC stepped onto a pitch; it's only been six days, mind you. Our last Premier League match was a drag (has anyone used the word drag since the early 90s?). That 2-1 loss at Everton trimmed our lead atop the Prem to just one point. S***. 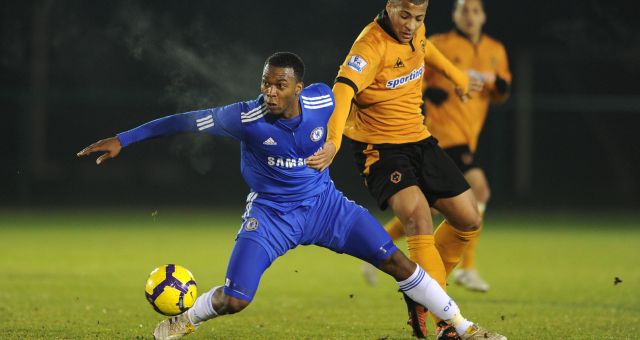 Seven players will not feature at Molineaux, including midfielder Frank Lampard. A virus will halt Super Frank's participation, but his is expected to be fit for our trip to Milan (everyone, breathe). Alex injured his knee in training on Thursday.

Great. I think this rules out resting some of our more critical figures ahead of a key CL first leg. I've already questioned how our age may be affecting midweek results -- now this.

"We have some injuries for the next game," manager Carlo Ancelotti said. "We have Ashley out, Essien out, Bosingwa out, Lampard is not able for tomorrow because he has a virus, Belletti is out, Deco and also Alex.
"Alex had an injury yesterday and he has a scan today on his knee, and we have to wait. He shot a ball at the end of training and felt something in his knee, so he has to do a scan. His knee swelled and we had to control it."

History: These two clubs have only met thrice in the league. Chelsea has won all three, netting 14 times combined. It appears a mismatch on paper. Don't read too much into that, if you ask me. This is, mind you, a Wolves side that has defeated Tottenham twice this season.

Overall, the sides have met 98 times. Wolves actually have won 37, with Chelsea taking 35. There have been 26 draws.

Key stat: We have won just once in our last six away matches. Yeah, not good. There's also this little nugget: If Nicolas Anelka scores, he will have netted at each of the current 20 Premier League grounds during his career.

Notes: Brave John Terry has returned from his post-FA Cup vacation. I could see Kalou working his way into the XI somehow following a string of fairly good performances. Sturridge probably deserves a shout, but it's doubtful.