A. Cole likely out for season

Share All sharing options for: A. Cole likely out for season

Just when you think it could not get any worse after yesterday's defeat at Goodison Park, this little tidbit surfaces. The finest left fullback in the world is likely done for the season. Yes, Ashley Cole suffered a fractured ankle during the second half of the 2-1 loss to Everton. Official word is Cole will be out of action for at least three months. 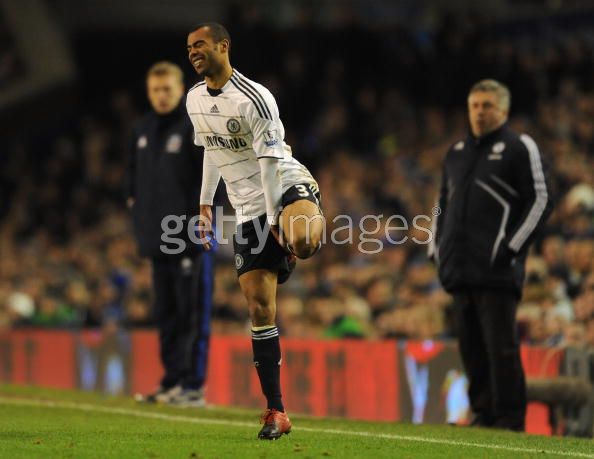 That means the earliest he could return is early May -- just in time for our final Premier League match and, if we reach them, the Champions League and FA Cup finals. It's safe to say this injury even puts Cole's World Cup eligibility into question. S***.

Can we cope? Possibly. Yuri Zhirkov has shown to be a capable deputy during his first season in England. However, there is no replacing your best player so far this season. We simply won't be the same. Let's just hope Ashley recovers quickly and returns even stronger.

Let's hope we can deal with a major loss. Just like our main rivals this season have.