Well, they aren't exactly initial are they? Whatever. You know what I mean. I'll delve deeper once I've had a chance to view the match a second time.

Anyway, on with the thoughts.

I. Louis Saha.
That's three goals in two matches against the Blues this season for the Frenchman. Lest we forget Saha also scored the opener in last season's FA Cup Final, after just 25 seconds -- supplanting Chelsea's own Roberto Di Matteo in 1997 against Middlesborough (43 seconds) as the quickest goal in Cup final history. The only resolution: purchase the bastard. Get the cheque book out Romes. 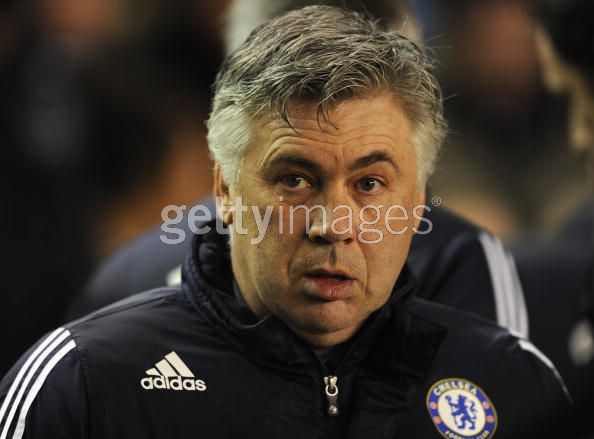 II. Our Age. It's telling.
A week of preparation -- and, most importantly, rest -- and we'll batter anybody. And I mean anybody. Throw in a midweeker and we look an absolutely mess. Tired legs are EVERYWHERE. This team is ancient. If there's not a major overhaul in the summer, I'll be shocked. It's kind of sad really that such a significant era in this club's history is drawing to a close.

III. Ashley Cole
The world's finest left fullback departed with a foot/ankle injury during the second half. It looked bad. If it's broken, we're in serious, serious trouble.

IV. Away Form
So damn weird. Last season, we were spectacular away, rubbish at home. This term, the exact opposite. From a possible 39 points, we've taken just 21 on our visits. This includes defeats at Wigan, Aston Villa and Manchester City; draws at West Ham, Birmingham and Hull City. Inexplicable. The most concerning aspect of this may be the fact that this side doesn't seem to know what to do with a lead -- whether to push on or resort to Mourinho-mode and protect. Figure it out, Carlo.

V. Urgency
Where is it? One would have expected Chelsea to respond in the second half after only a Petr Cech penalty save -- shocking, I know -- kept us from trailing at the break. Instead, we looked even more hapless at the opening of the final 45. Anelka, in particular, was appalling today. Only with 15 minutes left, when Sturridge replaced Mikel, did we actually began to resemble our rampaging best. It wasn't enough, obviously. But you've got to think, where was that earlier?

VI. Time to worry?
Not yet. But there's some apprehension there to be sure. Our schedule to close out is not fun, though neither is United's to be honest. Arsenal, meanwhile, may stroll in. We need URGENCY. And a concrete plan going forward. Do it, Carlo.