Man. It already seems like an eternity since the Blues did what most of us thought they would. The only surprise in this writer's eyes was in the ease of the result.

There was a sadistic joy in how comfortable it all felt. We were, in a particularly crazed sense, a ShamWow -- soaking up the detritus that was Arsenal's feeble attempts to save a fast-sinking season. There was, for the final 70 minutes or there abouts, a supreme air of confidence swelling through my apartment. It seemed as if the same feeling engulfed Stamford Bridge as well.

Even when the Arse created a scoring opportunity (Arshavin early; Cesc late) I was never really bothered. In fact, I -- despite this series' history -- never thought the visitors would respond. It's all predictably tedious when it comes to Arsene's merry men; a lot of buildup, nothing concrete to build upon.

As for the four points that I said would ensure a Chelsea victory, lets take a look shall we?

1. Men lie, women lie. Numbers don’t
They certainly do not. Arsenal in its past nine against Chelsea/United: 0-8-1.

2. We have England’s Brave John Terry
It was our embattled captain's header across goal that set up Didier Drogba for the match's opener. A pillar of strength at the back, impenetrable for the most part.

3. Didier Drogba
Need anything be said?

4. Arsenal are soft
The ease in which Terry won the header which led to the opening goal was astounding. The ease in which Drogba peeled off unmarked at the back post to finish it even more so. The ease in which Lampard strolled through the middle of the park -- set up by Mikel and finished by Drogba -- was ridiculous. Then, the way Drogba sliced past Clichy then Vermaelen ... wow. 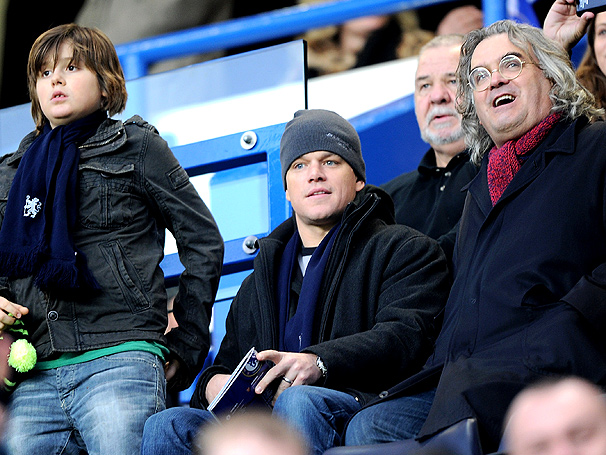 Player Ratings
GK - Petr Cech 8.5
The best overall performance Cech has produced in quite a while. Commanding in the air. Added a pair of critical stops to the resume.

CB - John Terry 8.5
Continues to pad his claim as one of the best leaders in world football. A vintage leap just minutes into the contest set up the opener -- and established the tone. A rock at the back.

LB - Ashley Cole 7
Not as influential going forward as we've grown accustomed; Theo Walcott's inclusion for Arsenal no doubt playing a role. A muted day from Walcott, though, marked Cole's contribution. Could have scored in the opening half, if not for the pace of Walcott.

MF - Mikel 7.5
Typical distribution issues very early on from the Nigerian on his return to the side. But, for the better part of 70 minutes, was incredibly steady in the anchor role. Calm on the ball, cool under pressure; this is what we want to see. It was his threaded pass to Lampard, from the edge of his own penalty area, that set up the Blues' second.

MF - Michael Ballack 6.5
Let his mouth do most of the talking. Put in a sound, efficient shift. He's performances this season are unassuming -- we just win with him in the side.

MF - Florent Malouda 7
Started incredibly well. And though he somewhat faded as the match progressed, showed plenty of grit with an effective defensive shift.

FWD - Nicolas Anelka 7
His movement continues to amaze. It was he who freed Drogba for the game's second goal with an intelligent run across Lampard to the far post. Wasn't as influential as in Drogba's absence. Looked particularly dismissive when substituted; hopefully that's just a product of him not satisfied with his own play.

FWD - Didier Drogba 9 (MOTM)
Two chances. Two goals. He was on the peripheral at times, but as has become custom against the Arsenal, proved lethal when presented with a sight of goal. Terrorizing.

Substitutions
Yuri Zhirkov 6
Not the best we've seen from the Russian. Picked up a booking after replacing Ballack