What once was expected to be a showcase has now become much, much more. 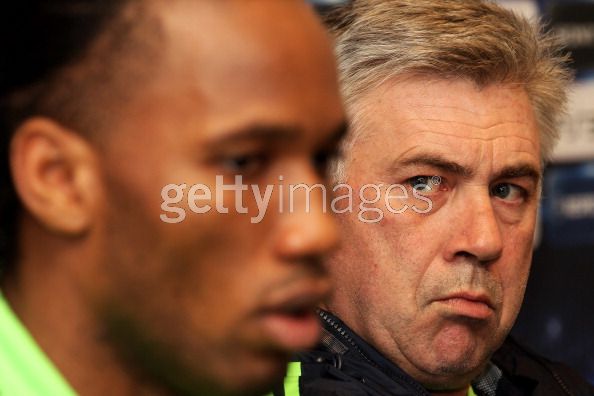 I don't think anyone, a few weeks ago, could have envisaged a scenario where our final match of the Champions League group stages would not represent a chance for this much-adored batch of youth products to strut their stuff.  Well, think again.

This game, against Marseille in Marseille, has taken on far more significance than any of us would have hoped. It now represents a chance for our stricken club to toss some much-needed lighter fluid on the rapidly fading fire that is our season. King Carlo agrees.

"We want to win but, more importantly, we have to show our way again," he said. I couldn't agree more.

Much of our first team requires rest, particularly with such a difficult, perhaps defining, stretch of league matches ahead. Rest, however, appears out of the question. (Just another reason to lament a lack of squad depth.) At least we know a few key pieces - Ashley Cole and Nicolas Anelka, perhaps Mikel - will be absent, allowing some of our youth a chance to impress once again.

Didier Drogba, for one, will not be among those sitting out. The Ivorian returns to the club at which he made his name in world football. It will be emotional. We can hope this occasion serves as the catalyst the striker, a shell of his self since contracting malaria, needs to return to vintage pillaging ways.

A pillaging Drogba - and we might just turn this thing 'round. KTBFFH

Analysis: Well, unexpected. You can see Carlo is feeling the pressure to get a win with this starting XI. Still, could prove to be a disaster if injuries surface. And what is with Paulo starting at left fullback ahead of Van Aanholt? I don't like that at all.