"I'd like to thank the club and the LMA for ensuring a swift and harmonious conclusion. It has obviously been a big wrench leaving such an illustrious club and one which has played such a huge role in my playing and coaching career. I have great affection for the club, the staff, the players and its supporters and wish them all the very best for the remainder of this season and the future."
-Ray Wilkins

Class to the end. 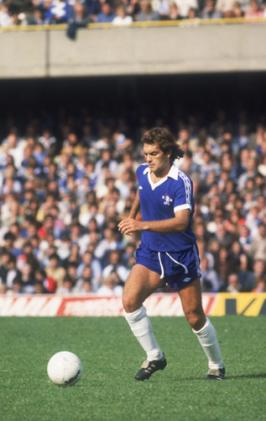 How sickening it was to read about the dismissal of Ray Wilkins from the coaching staff at Chelsea Football Club.

I didn't get a chance to touch on this episode when it actually occurred - my notebook, if you remember, was on life support - so allow me a few graphs to pay a small tribute to a very, very good man.

The debacle - sadly one of many at this club in recent years - finally came to a close this week when the League Managers Association announced that Wilkins and the club had reached an amicable agreement. Good on Butch, I hope he received a tidy settlement for such a gross dismissal.

Wilkins returned to Chelsea, after spending his first six seasons as a player at SW6, first in 2000 under Gianluca Vialli, then in September 2008 as No. 2 to Luiz Felipe Scolari. He was the youngest captain in the history of the club - how real is that? As Sean Combs would say: 'take that, take that.'

He scored 34 goals in 198 appearances for Chelsea. As Carlo's assistant, he furthered his reputation at the club - if that was possible - offering a truly engaging, thoughtful personality to an already likable staff. I'm not exactly sure how much input he had in managerial matters, but what we do seem to know is that Carlo enjoyed his company, so did most of the players and he was a great mouthpiece for the club.

So, the Chelsea Offside would just like to thank Butch for all he has done for Chelsea Football Club, as a player, a coach and a supporter. The man, no matter how you feel about his contribution, is - and I think always will be - a fan of the CFC. Applaud him.

Video: Butch with a superb brace.