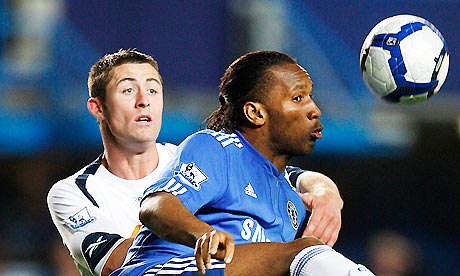 Why: Man, it's really hard to remain positive at the moment. I mean, it's been more than a decade since we've seen this kind of futility. A fucking decade. Yes, I realize I've been saying 'fucking' a whole hell of a lot lately. I think it's warranted.

So Bolton at home. No depth equals no rotation. No rotation likely equals more of the same dross. Am I too negative? Sorry. It's just difficult seeing how improvement can be made when changes to the squad are damn near impossible to make. Anelka will be back, but Mikel is ruled out as is Sturridge once again.

We've been saying for at least a month that each successive match was a must-win. Well, this one really is a must-win. I dare say anything but three points will be it for King Carlo on King's Road. Of course I hope I'm wrong.

Nothing left to do but win. That's it. Win, please.