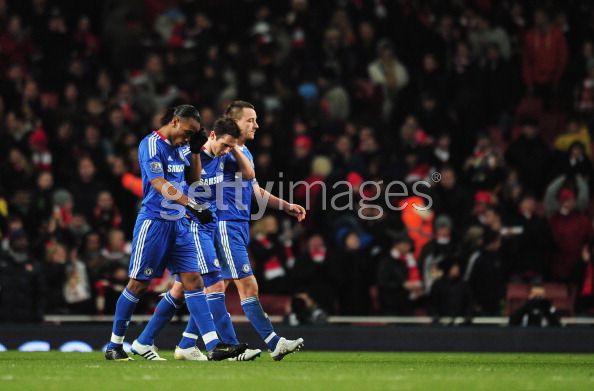 I don't want to write this. For several reasons.

One, it's a loss to Arsenal. Fucking Arsenal. Nothing stings quite like a loss to that wretched lot. Much of that stems from the fact that we just don't lose to sides helmed by Arsene Wenger - it was two losses in 18 matches prior to Monday's dissection at the Emirates.

Second, as I was sulking about my apartment last night, it felt almost like the end of something. An era perhaps? I, for one, am not ready to let go yet. Has our band of 30 somethings finally reached its sunset? It really feels that way.

And, to think, it started so promising.

For 30 or so minutes Monday, I was fairly impressed with what we were doing.  We were shaky in possession - to be expected in the midst of such a horrible run - but showed good tenacity and were hardly troubled by Arsenal. Sure, they controlled possession as usual, but, as usual, were tip-toeing from side to side without making much of a dent in the face of Brave John Terry & company. We were efficient and compact, and displayed some threat on the counter. All good.

Then something changed. I don't know what it was, but it was as if the entire squad was engulfed by the Grim Reaper. Seriously, they fucking disappeared from that moment on. LIFELESS. Well, most of them. First to go - well this was kind of missing from the start - was our ability to play a simple ball to a teammate. What the fuck? (By the way, how many teams in the top flight pass it around at the back as much as us? It really is depressing.) It wasn't long until we conceded. Perfect timing, too - a minute before the half. What confidence had been gained from the opening 30 minutes was swiftly snatched away when our defense soured allowing Alex Song to bundle home past Cech following a right scramble on the right side of the penalty area. Surely if Song hadn't converted Arsenal would have earned a penalty, with Paulo rolling through the back of Nasri (I think). Oh jolly.

At that point, there was a feeling that this one was done and dusted. It was. Two gifts - the first the result of an unfortunate deflection off Essien's boot after some more indecision in our own third, the second stemming from a mistake by the disgracefully bad Malouda - handed Arsenal a 3-0 lead some eight minutes into the second half. Branislav Ivanovic pulled one back for us midway through the half, but it served as nothing more than a consolation.

So, six points out of a possible 24. Five points clear at the top in October, we now sit fifth after Spurs' win Tuesday. Odds on us getting a result against a very impressive Bolton side tomorrow? Moreover, will anything less than a win mark the end of King Carlo's time in England?

The Rundown
or as it will be called this week, The Despair
• Carlo's tactical gaffe. Mikel certainly was not good. In fact, he was plain bad. But removing him at halftime was an awful decision for my money. What happens? We concede twice inside the opening eight minutes of the second half, both thanks to indecision by players in and around Mikel's position.
• In Carlo's defense, he did try to at least make positive changes. He went 4-4-2 at 2-0. He immediately pulled Malouda after his grotesque error put us in a 3-0 hole. And once we got a goal back, he opted for a diamond. Still, that wasn't enough and it was more of the same from our manager post-match. We're not in a good moment, he says again. I was surprised by the performance, he says again. "We have to wake up - until now we are sleeping. Maybe I have to be the first to wake up." You have to wake up? Sounds like a beaten man. That's not what I want to hear as a supporter.
• Carlo still is on this kick that we need a defender and that's it. He can't be serious. We still have the best defensive record in the league despite this capitulation. How about looking at the other end of the pitch for a second, man. We had one shot on goal against Arsenal. One. Unacceptable no matter how you slice it. We haven't scored more than one goal for five matches. I think it's safe to say we are crying out for a creative midfielder and a striker. Open the vault, Roman.
• Andy Gray noted after the match that he believes Kalou to be nothing more than an impact substitution. So he does know something about football after all?
• Need something positive? How about this. Arsenal were 10 points behind us last December. They may have finished 11 off, but were in with a shout up until that loss to Wigan at the end of April. All is not lost, yet, particularly with this being the poorest league in memory.
• More positive? England's Brave John Terry and Branislav fucking Ivanovic.  These two bleed for the cause. That moment in the second half when Bane decided he had had enough and bombarded from his own half into the box all by his lonesome, past something like four Arsenal players, was unbelievable for me. I'm not lying when I tell you I leapt from my couch, bellowing at the television numerous phrases not appropriate for this website. Let's just say I was lauding Bane while chastising our lesser performing members at the same time. It pains me to say, but is he even going to want to sign an extension after witnessing firsthand the shit we've produced over the past couple of months? 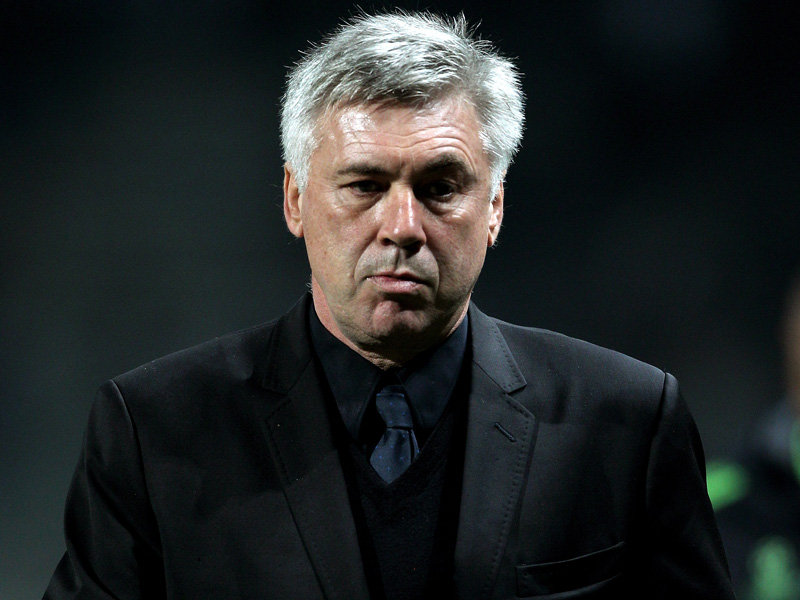 Player Ratings
No lumping this week, quite simply because many of these so-called elite athletes don't deserve as much. One-word summaries for those who deserve far less.