At this stage, we need more than a hand. 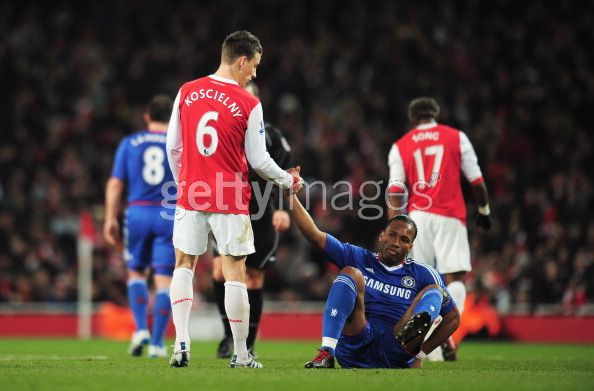 What to say? I honestly don't know.

I found the passion had been sucked out of me during that second half. It was as if I had suddenly been possessed by the spirit of Salomon Kalou. Or Michael Essien. Or any number of passengers in blue today. It's a sickening admission, I know, but a fact nonetheless.

Branislav temporarily managed to hoist me from my spiral with his commitment - along with England's Brave John Terry, Petr Cech and Ramires. Nevertheless, there was little of that to go around. The real sad part? The fact that it took us falling behind by three goals to free up and start showing some grit. What the fuck?

More later. I'm sick of talking about this right now.

I'll leave you with one observation, as served up by TheChels.org on Twitter:

"Something is very wrong at Chelsea."