What would you do? Your team, your system at the Emirates

Share All sharing options for: What would you do? Your team, your system at the Emirates

Quelling this pair is of the utmost importance. 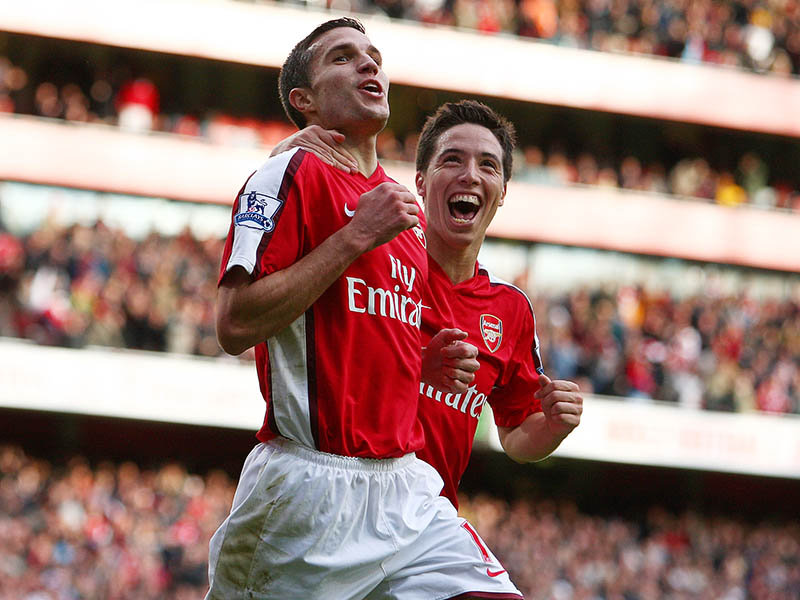 We first tackled tactics for Spurs. Now I ask how you would line up against the Arsenal.

Allow me to offer the first suggestion.

We must initially determine Arsene's starting lineup. What do we know? Cesc Fabregas, Robin van Persie and Abou Diaby are fit. At least two of that trio - Fabregas, van Persie for me - should be expected to be on the field from the beginning. The back five picks itself at the moment, with Thomas Vermaelen out for the longterm. In midfield, Alex Song is guaranteed a place as is the in-form Samir Nasri and the volatile Andrey Arshavin. That leaves only one post open, to be filled by either Diaby or young Jack Wilshire. Wilshire would seem a safer bet, though Diaby probably provides more steel alongside Song in front of the defense. Van Persie's inclusion means there is no place for Drogba's No. 1 fan, Chamakh, either. Van Persie has burned us in the past, so I would think he has to start. So, with that being said, this is how I see Arsenal lining up tomorrow evening:

Now that we have our first team, the next to be determined is what we must do to muzzle this obviously potent Arsenal attack. The simple answer is keep them from controlling the middle of the park.

Arsenal are a severe danger when they are able to work centrally. The fluid movement in the channels is facilitated by Fabregas and the movement of both Arshavin and Nasri from the wings. Getting to the byline is not the objective. Cutting inside and commencing with effective interchange is how Arsene's men hurt you.

I don't think the hosts will have to worry about controlling possession - they normally do against us. It's how they use it that will decide the outcome of this encounter. If we can force them to the outside, we have the advantage. A key stat from our previous meeting this season: Arsenal completed just four of 22 crossing passes.

To do what we need to do, Mikel will need Essien to aid as a screen to the back four. Discipline is needed from both. Essien, cut down on the forward runs this week. Please.

The rest is fairly easy. If Arshavin starts, we'll have a chance to exploit Clichy. Arshavin is not the most industrious of players; Clichy is not the most defensively sound of fullbacks. Fabregas, like Lampard, is hardly match fit. Neither is van Persie.

Foremost, we need The Mighty One to pillage. We're talking August-style pillaging, too. The man has not been at the races in recent weeks, with malaria robbing him of his robustness and apparently his drive. Both characteristics started to resurface at Spurs, and we need them to blossom at the Emirates. Drogba has 13 goals in 11 appearances against this club. They fear him. For us to win, he must perform.

And don't forget the inclusion of Frank Lampard. Of course he won't be fully fit. But his return is no doubt a massive lift to the entire organization. Just having him on the field will be a boost to the players. Further, we have missed his ability to provide that crucial link from the midfield to the forward three. Oh, and his goals. We've missed those, too. What's he missed, a third of the season? So we're down about seven goals then.

The only position really under question is right-back. I think Carlo will opt for Paulo after his astute display at WHL and with Bosingwa not exactly on form or fit.

We're going to need the 4-3-3 to act like a 4-2-3-1 at times. We'll also need everyone sans Drogba receding when Arsenal are in possession. We did it at home, and they failed to break us down. Do it again.

That's all I got. What do you guys have in mind for Arsenal?