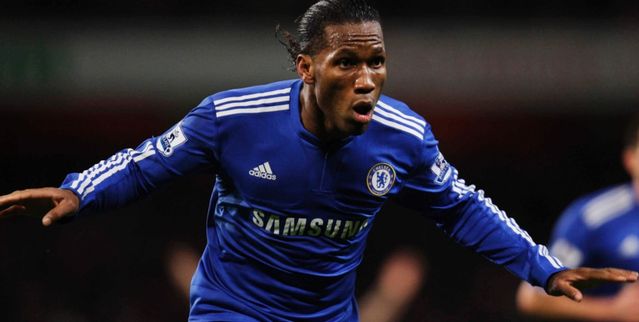 Why: A loss, and we are six points adrift of Manchester United, whom will also have a game in hand. This after having a chance, at various points this season, to go as many as eight points clear of them. To say a loss is unacceptable - to say a draw is unacceptable - is quite an understatement.

Arsene Wenger has, as expected, been talking up his team's chances prior to their hosting of Chelsea on Monday. What choice does he have?

El jefe de Arsenal recently was quoted as saying: "The Arsenal mentality is fantastic and very strong. This team is hungry and the players want success. It is more about belief, and belief comes by focusing on playing together and the way we want to play rather than thinking: 'can we beat Chelsea or not?' We can beat Chelsea but the best way is to focus on what we want to achieve."

Forgive me if I'm not buying it. Why should I? Le Arse were as predictable as ever in our earlier meeting at Stamford Bridge. They were as predictable as ever in their most recent Premier League fixture, a 1-0 loss to United. No guts, no guile. I don't think it's a stretch to suggest United were miles better than Arsenal on 13 December. That's certainly not the foundation you want to lay ahead of a match against the famous CFC, a team you've beaten just twice in 18 matches.

Perhaps it's just me, but the below clip is a proper visual metaphor for Chelsea-Arsenal. You can identify who's who for yourself.

Chelsea aren't exactly riding high, either. To quantify, we've taken just six of 21 points available since defeating Blackburn at the end of October. Yet this is Arsenal, and the club is never more motivated it seems than against our London neighbors. Peep our series history with the Arse since 2004, featured later in the preview, for the hard evidence.

We, ourselves, needed some hard evidence of the club improving. We got it in our most recent fixture, a 1-1 draw with Spurs at White Hart Lane on 12 December. The first half, not so much. But the final 45 minutes was a delight, as the club began to show signs of life for the first time in months. There was passion. There was commitment. There was a genuine desire to win.

Encouraging, yes. Very much so. But it must be sustained. A letdown Monday would send us straight back into the depths. I trust Carlo and company quarantined that second half against Spurs, examined it and since have had it injected back into the squad. 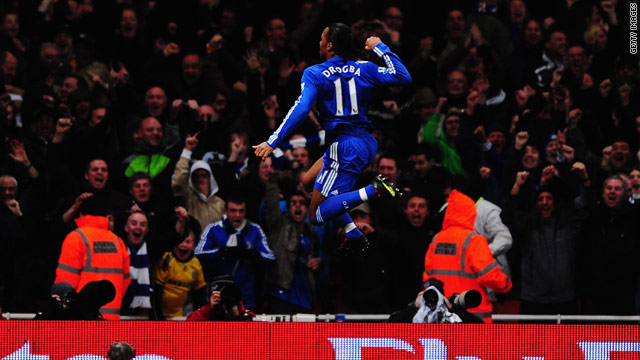 Team-wise, we are near full strength for the first time in a while. Last week's postponement handed Frank Lampard
another seven days of recovery time. Critical. Super Frank may not be at full match fitness, but he's bound to be more effective against Arsenal than he would have versus United. Another week off is of benefit to several other members of the squad, including John Terry (back), Jose Bosingwa (hamstring) and Didier Drogba (fitness stemming from malaria).

Drogba, of course, hearts Arsenal. His goal in the 2-0 win at Stamford Bridge in October ran his tally to an astonishing 13 goals in 11 appearances against Wenger's merry men. The Mighty One has, however, only scored twice in all competitions since that match. Here's to hoping his benching against Spurs - which resulted in a quality second-half display off the bench - is the catalyst for a rebirth of the pillaging we saw at the beginning of the term. If Drogba plays well Monday, we win.

Arsenal, meanwhile, will likely welcome both Cesc Fabregas and Robin van Persie back into the starting XI. Abou Diaby, too, could be involved after several weeks out with an ankle problem. The current creative fulcrum is Samir Nasri, who has thrust himself into the spotlight with a number of eye-catching displays. United successfully thwarted his effectiveness at Old Trafford; I see no reason why we cannot as well. Most glaring, however, is that woeful central defensive pairing on offer. Squillaci and Koscielny have shown little to suggest they can cope with the world's best attacking players. Drogba is one of the world's best attacking players. Let the salivating begin.

More on our team, and Arsenal's, in the 'What would you do?' post that will follow this preview.

To wrap things up, I'll leave it to our leader. Ladies & gents, England's Brave John Terry:

"We think we can go there and do what we did last year. If we're not thinking that, we shouldn't be playing."

Nothing more need be said. KTBFFH

Arsenal guy with the line of the decade: "Goodbye Premiership. Goodbye self-respect."