Hey, it's Christmas: What did you get?

Share All sharing options for: Hey, it's Christmas: What did you get?

Tis the season for giving. No doubt about it.

The Chelsea Offside enjoyed its time helping out at a local Salvation Army. We enjoyed it right up until we were ever so politely booted from the premises for jostling with some older gentleman who bore a strong resemblance to Arsene Wenger. He kept mumbling something about Pascal Cygan. We simply couldn't take anymore. Apologies.

Sure, giving is a central part of the Christmas spirit. I love it. But that's not to say there isn't something über awesome about ripping open a package with your own name on it. I'm sure you're the same way.

Gift I.
What I refer to as the Brave John Terry.
Received: No
Reaction: Damn! 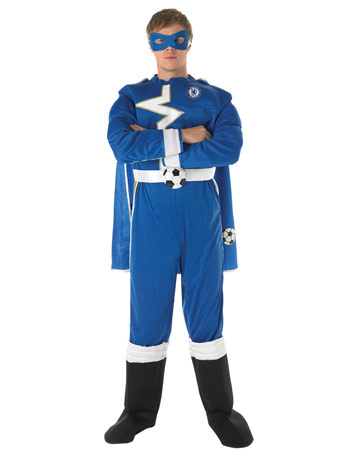 Gift II.
The Branislav Ivanovic third shirt, 2010-11. Forged out of teflon, like the man himself.
Received: Yes.
Reaction: Fuck yes.

All right, guys. Let us know how Christmas was for you. We trust you had more luck in receiving the Brave John Terry than we did. KTBFFH