"Chelsea Football Club is pleased to announce that Gael Kakuta has signed a new four-and-a-half-year contract." 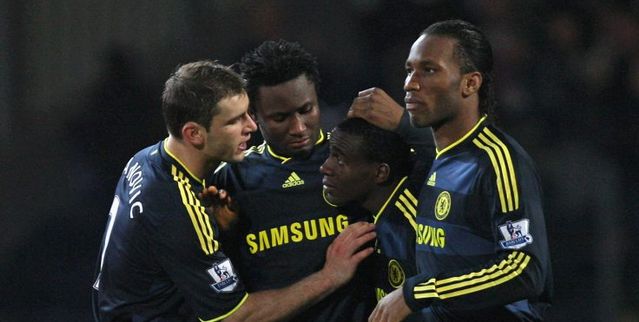 So the Independent knew what it was talking about. The young Frenchman has agreed to a new deal that will keep him at Chelsea until 2015. Good news.

Gale, himself, said: "Since I signed for Chelsea when I was 16 all I was thinking about was to get to the first team. Now I have been playing a few times with the first team and I have signed for four-and-a-half more years I have to make a way for myself into the starting 11, and make my dream come true.

"The manager said to me it is the right time to play and I think for me it is as well. It's my job to do my best and try to play more often and show the coach that I am good enough to play in the team."