Gael re-upping with the Chels? I'll admit, I didn't see that coming. 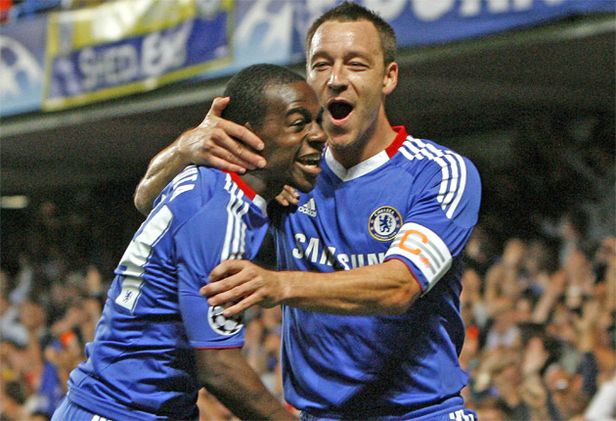 It appears that one our most prized assets and one of our most promising young talents will be remaining at the club for the foreseeable future.

The Independent reports Tuesday that both Branislav Ivanovic and Gael Kakuta are close to agreeing new contracts at Chelsea. Excellent news on each front.

Bane, a mainstay in our defense since that fateful evening at Anfield in April 2009, has been offered a three-year deal worth £60,000 per week to remain at Stamford Bridge, according to the newspaper. Earlier this month quotes emerged from Bane's agent suggesting the defender could move to "a great club like Inter" if he were subjected to playing at right-back rather than his preferred position in the center of defense. It looks as if that was only bargaining talk, and we'll be able to hold onto one our key pieces for several years to come.

Kakuta, meanwhile, seemed set for the exit only a few weeks ago. No progress had been made on a new deal - at least as far as we knew - a shocking development, what with the French midfielder free to sign a pre-contract with another club in January. Further more, he has not exactly seen a lot of pitch time this season (and hasn't particularly impressed when called on). Regardless, it looks as if he will be staying at Chelsea with a four-year deal worth around £40K on offer.

Nice to see the club getting some work done. If true that is. Next up, January additions.