Soundoff: Who do you fancy in the Champions League?

Share All sharing options for: Soundoff: Who do you fancy in the Champions League?

The draw for the first knockout round of the Champions League is scheduled for Friday in Nyon. Who do we fancy in the Sweet 16? 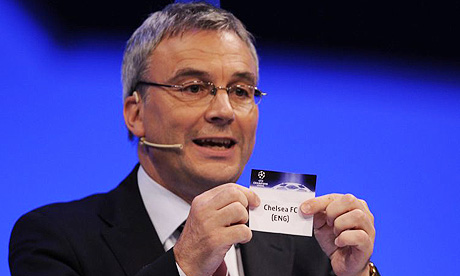 Eyes are firmly focused on our weekend tilt with Manchester United. As they should be. But there is a small, intimate ceremony sponsored by FIFA on Friday. The CL draw promises to be a lavish, over-the-top production that will last at least an hour too long.

So, who do we like? Anyone fancy a bit of Internazionale? Nothing like a bit of revenge for last season's exit, especially with Rafa now at the helm.