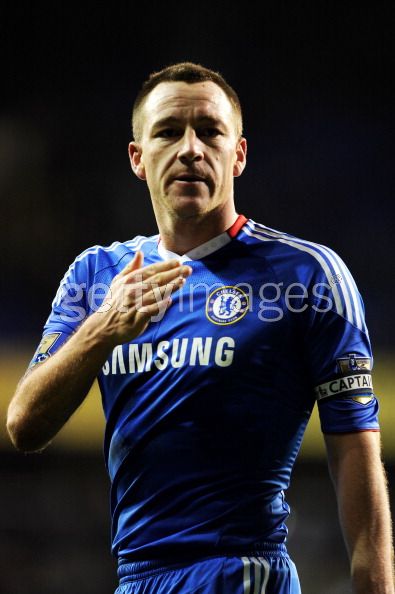 The Rundown
11 strong.
• Oh Chelsea, where have you been all my life? It seems like an eternity since we've seen such commitment, such passion, such pride in wearing that blue shirt. It's comforting to know these boys aren't ready to pack it in quite yet.
• Let's not get overconfident now, shall we? The crisis may be over, key word being may. A mistake, anything, could drag us right back into the mire. We must remain focused. The Mighty One's late penalty miss may hurt now, but to shuck a positive spin onto the situation, it may serve us well in the next couple of weeks. Think, the club now has a little bit of that sour taste in its collective mouth. Something to chew on, if you will.
• England's Brave John Terry, a performance for the ages. There was a moment, around 30 minutes I think, when Defoe was on the ball galloping through the middle, with options to his right and left. It looked rather bleak. EBJT was having none of it, however. He kept fantastic distance between himself, Defoe and the overlapping Pavlyuchenko, then swept in to win the ball off Defoe. Not content with just the supreme defensive play, Terry roared into the attack. He laid the ball off to Malouda on the right, continued his run into the box and nearly latched onto the Frenchman's cross to the near post. All this while Anelka and Kalou simply trudged around the edge of the area. Setting an example, it's what leaders do.
• Paulo Ferreira >>> Gareth Bale. Yeah, I said it. Save for a few isolated moments, our polarizing Portugese put the Welsh primate in his little ol' back pocket. The man proved he still has a small amount left in the tank, and can do a job for us. Hell, he's certainly a better option than Bosingwa at the moment.
• Drogba's penalty, in two points. 1. Many are livid Lampard did not take the penalty. I am not one of them. Apparently, Frank isn't, either. Footage shows our talisman handing Drogba the ball prior to the penalty so need to overreact there. Les we forget, also, that Lampard doesn't exactly have a sublime record over his last few penalty takes. 2. That was a poor effort from Drogba, no question. I don't think we'll see another piece of placement from the Ivorian in a situation such as that. Pure power from now on.
• Terry took a verbal beating from the Spurs support throughout the day. His response? Clutching the club badge and shouting 'trophies' in added time. Well played, John. Drogba approached the away support afterward, and apologized for his penalty miss. Forgiven and forgotten, sir. Good to see these guys - these two pieces of the spine - displaying such feeling for the club.
• Bravo Carlo. He made some distinct changes, both tactically and in personnel. The second-half switch to a 4-4-2 proved decisive. Dropping Drogba may well prove to be the kick up the backside the stricken striker so sorely needed. Further, the King was rewarded for sticking with Ramires, who put in an eye-catching shift. Good news all around.
• Spurs, one shot on target. One.
• And now for some of that shameless promotion Sky is known for. But, really, that was a great advert for the Premier League. Most, if not all, of the elements were there - good if not great football played at a wicked tempo, commitment from all involved - complete with the fouls to prove, enthralling personal duels (Dawson v Drogba, Paulo v Bale) and much more. Plus, both sides wanted to win. At all costs. Just a superb game.
• Sir Frank Lampard. He's back. Thank God.
• Added to my Christmas list: A goalless draw tomorrow between the fellow elitists. Make that a distinctly unwatchable goalless draw.

Video bonus: Doodlebug rap. The rebirth of that slick stuff we were playing early in the season? Not quite. A leap in the proper direction? Most assuredly.

Player Ratings
Again with the lumping where necessary. Not so much this week following an improvement in team-wide performance. Well done, boys.