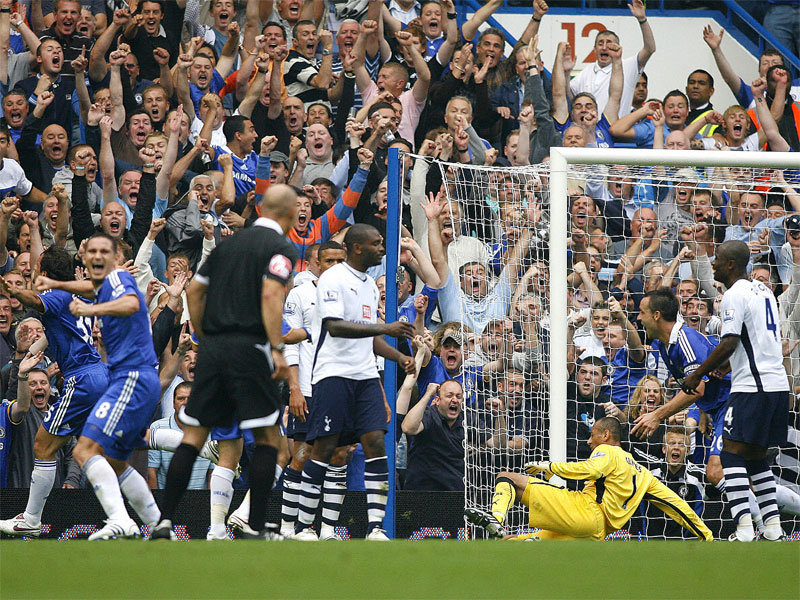 Why: Doesn't it go without saying? This is Tottenham Hotspur. Not Three Point Lane-period Tottenham, either. Radical, free-flowing, grossly talented Tottenham. They're unbeaten in seven in all competitions for ****** sake. It sickens me to say, but Spurs are on the cusp of something great - even if their defense is rubbish.

Meanwhile, Chelsea is mired in the worst run of the Abramovich era. Matter of fact, five points from a possible 18 represents our worst form since September 2000. Abominable. We haven't won at WHL in four matches. Last season, we were ransacked by a wacky looking Welshman named Gareth. Since, the kid has risen to Halley's Comet like levels of performance. Imagine his mindset entering Sunday's match after seeing what we've mustered over the last few weeks. Glee would seem too tame an emotion.

Modric & company, you would think, will be in a similar mood. This side is scoring bags of goals - conceding plenty, too - and doing so in style. Entertainment is at a premium. And, to think, we were them just a few months ago. Really, this is making me sick. When was the last time we were such underdogs against Spurs? (I don't care what the bookies are saying.)

But perhaps this is exactly what we need. We're already in fourth place. Spurs could climb to within one point of us with a win. They're playing better football than us. They're showing more spirit than us. They're winning more than us. If those three sentences don't rouse your from a slumber, then, really, you can fuck off. Yes, I said fuck off.

A win at White Hart Lane? Yeah, that could turn a season around real fast. KTBFFH

Bonus: Key motivational tool for King Carlo. Use it, coach.