The honors were great for the Mighty One on his return to the Stade Velodrome. His play, meanwhile - like this damn team's - was rubbish. Again. 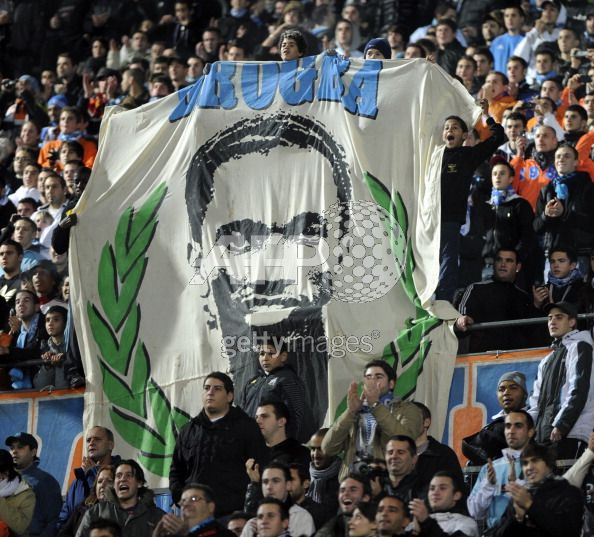 Let's keep with the format from last recap. It just works, son. Devour it. Overlook it. Or do a Chelsea, and say 'whatever.'

The Rundown
• God, that was bad.
• Carlo isn't immune after this one. His pre-game talk of expecting a reaction backfired. So did his team selection. I swear his demeanor is starting to play against him.
• This match should have served as the death rattle to those of you who were still of the mind that Carlo backed our much-renowned, not yet proven, youth products. A game with absolutely no concrete meaning; a game that Ancelotti said was critical only for the performance, not the result. Yet he fields a near full-strength side, even opting for Paulo Ferreira at left-back ahead of Patrick Van Aanholt. The only explanation is that he simply does not trust these youngsters (sans Josh, who he seems to have somewhat an affection for).
• Drogba's love-in for his former club went beyond ridiculous. I know his form has suffered greatly over the past month, but on Wednesday he was nothing more than a passenger. It was almost as if he was fearful of doing something that would damage his reputation in the eyes of Marseille supporters. He even admitted afterward that "it was difficult for me to play." We expect, and deserve, more from such a long-time servant of the club.
• Bosingwa will miss at least the Tottenham game with a hamstring problem. ****. Anyone else stoked to see Paulo v. Bale II? Ancelotti has to go with Bane - or Essien - at right-back. Surely? If not, this could be ruthless.
• Sure, we were denied a pair of dead-on penalties. (How many shouts is that over the past three or so games? Seven, eight?) And, you know, I'm glad neither was given. Even one of the two would have masked another egregious display.
• Josh McEachran. It took the kid some time to settle - not less playing in the holding role during the opening half - but he did look the part of a player who could, very soon, become a regular member of the first-team squad. What you've got to like about this kid is his overall demeanor (cool as they come), and his decision to keep the game simple. Sad that it's come to this, but the old heads need to take note.
• Ramires has taken a battering from supporters since his arrival. Well, even before. I'm of the mind that he needs time to adjust to the English game. Like Kalou. Like Malouda. But I'm also not sure his current role suits his attributes, at least for the time being. For me, Ramires would be better placed in a more forward role, perhaps as part of our front three. Let's talk about what he does well: running, closing down, industrious play. Plus, he's fast as hell. Playing up front, or in a five-man midfield would allow him to wreak havoc from the front, and ideally would restrict opposing teams from simply strolling into buildups. Just a thought.
• Now for some positive spin. Considering this abominable run we're on, there's little to no pressure on us to go and get a result at WHL. Spurs, meanwhile, are floating after topping their CL group and scoring piles of goals in the process (while conceding a deluge). Ripe for a knockdown?
• Will Carlo still be the manager of Chelsea Football Club on 29 December? We all hope so (I think). We all also realize that Roman is not a man of supreme tolerance. On recent evidence, it's hard to see how the Chels collects more than three points during this defining three-game stretch - if that. Is that enough to save him?

Player Ratings
Again, with the lumping because, quite frankly, these people do not deserve better.