What will be Arnesen's legacy?

Share All sharing options for: What will be Arnesen's legacy?

ChelseaTV sat down with FA. They then had a chat with Larry David.

The Chairman didn't say much to tickle the senses. That is until the final question. He was asked about Arnesen's legacy at the club. In response, he made a pretty bold proclamation. And also forced me into thought mode - which I hate.

What would you say his legacy is?
I am hoping his legacy will be four or five players into the first team but he has also left us with a very good Academy structure which I think will last forever. 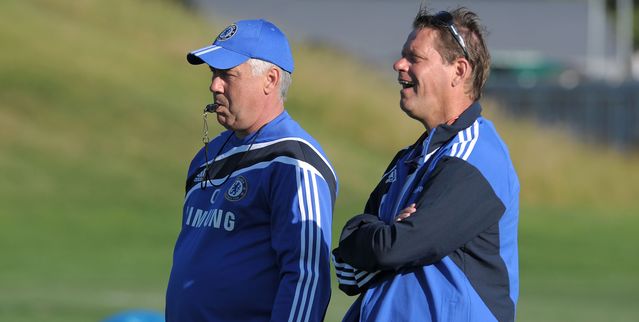 Reaction
Forever is a long ass time. And with few, if any, youth products actually appearing able to cement a place in the first team, I'm not sure Buck's assessment is accurate. Certainly many clubs in the Premier League are faced with the same problem. Yet when you make youth a priority, and you're most dynamic prospect (Josh McEachran) was with the club before the initiative, we have an issue.

An extensive, but generally underwhelming list. Now, if the goal of a youth academy is to produce players fit for league football then we have succeeded; many on this list currently ply their trade throughout the English tier, and abroad. However, for me, an academy's priority is to produce players for the first team. To this extent, we have been unsuccessful.

So then, can we attribute Cobham and the significant investment in youth to Arnesen? I don't think we can. Roman has always been a proponent of the academy system. He would have funded an overhaul regardless.

So, where does that leave Arnesen's legacy? Seriously, I'm asking. What do YOU think will be Arnesen's lasting legacy at Chelsea Football Club.

Me? Unfortunately for him, I think FA will forever be remembered for his peachy relationship with Mourinho. But who cares what I think. Let me know your thoughts on this in the comments. Do it.