Arnesen sits down with ChelseaTV

Share All sharing options for: Arnesen sits down with ChelseaTV

Frank Arnesen announced his resignation as sporting director last week after five and a half years at the club. Perfect timing, what with our form in sharp decline and the Ray Wilkins scandal still fresh.

Arnesen came to Chelsea via Tottenham in June 2005. His appointment was opposed by Jose Mourinho. Since, the Dutchman has been mostly a hated figure amongst supporters.

Some applaud his work at the club, which includes the signings of Mikel and Kalou (we think) and the complete restructuring of our youth system. Many hate him, for reasons we need not replicate here. What I think we all can agree upon is that we have no clue what he actually did during those five years. The reason? No one ever explained it to us.

That in itself lends creed to the deep-rooted hatred. The fact that not a single youth player has set the world alight since his arrival is another. The Mourinho tension another. I could go on.

Anyway. That's neither here nor there - the man is off. Here's an exclusive interview he gave the club a few days ago, I guess. Read it. And while you are contemplate this: Does this clear the way for the stunning return of a special someone? I kid. 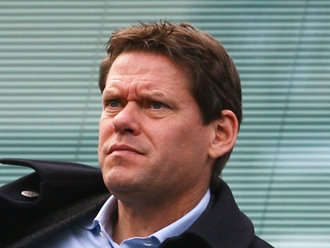 You've announced your intention to step down, how difficult a decision was that to make?
Those decisions are always very difficult, especially because I have been here for a long time and I have enjoyed every minute. In the last three or four months I have been going in that direction and I also thought it was the right time to do it, to give me time but also the club time to do their organisation for the end of the season.

Winning the FA Youth Cup, that must have given you and the club a real sense of achievement.
We were nearly there two years ago and I thought we had a very talented team and we lost. So we know how it is to come so far. I always said since I joined English football, the FA Youth Cup is probably the best youth tournament. You play in a stadium and it's on television. It gives the young players and staff a feeling of what it is like to be at the highest level, to be in the League. We had a good draw because we played the last game at home. If you can do that and win, it is fantastic.

How excited should Chelsea fans be for the future?
They should be very excited. Since I came here five years ago, not only the players who have come in but also the staff who have come in to train them are at such a high level. I say that because I see it every day and it is some of the best around.

How do you measure that? You measure that every week by the way we are playing. I am here every Sunday if I can be and I watch Under 9s, Under 10s etc. and I have seen progress over the past few years.

It is not just that we are winning games but the way we have started to play football. We have a new system, a new philosophy; and you can see the players and the coaches, they have everything under control. You see players who are 12, 13, 14 years old and the way they play football is marvellous.

This season we have seen a number of your young players breaking through into Carlo Ancelotti's first team. That must give you a real sense of achievement.
First of all you need quality. The players have become very good talents. Secondly, Carlo has to adjust them but also believe in them, and he is doing that because they are good enough.

Last year they were between numbers 25 and 29 in the squad, they were more or less on stand-by. These were players training and learning from people likeDidier Drogba, which is very important. Then, this year, they were in the 25-man squad.

They still have a lot to learn but for me one of the special moments was against Zilina. I was not happy when we went 1-0 down, it was very important that we win the game, but I was so happy to see the players playing very well in the second half, showing good mentality and getting the result.

Your passion is very contagious around the club. What's next for Frank Arnesen?
Always in my head, it is always like I want to be challenged. I have been challenged here enormously. It is like mission completed with what I was asked for five-and-a-half years ago.

I don't know what I am going to do. For me the most important thing is the challenge. I have to do something which I believe in.

What would you say is your defining moment here at Chelsea?
It is always difficult because I am fortunate to be involved with a fantastic club with some fantastic people and also because I have been involved in a lot of areas.

One thing I always love is the moment when a player and parents see his name on a contract for Chelsea, because it is a heck of a job. We have competition all over the world and when we get kids signing who we believe in, they gives us a chance and we give them a chance to be part of Chelsea. That is always a great moment.

Also last year, when you win the Premier League, you win the FA Cup and the FA Youth Cup, it's not something that happens very often so you have to be very pleased and I was there for those three trophies.