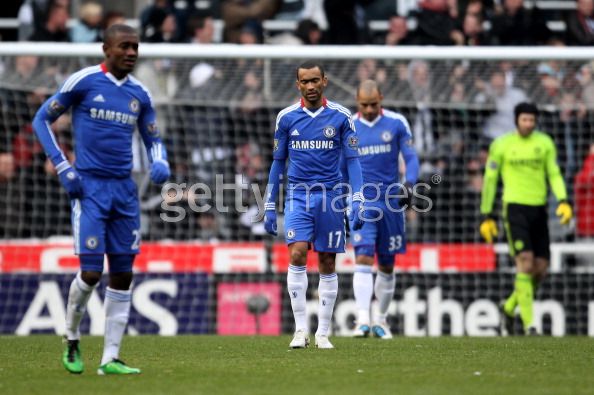 Bobby D had it right. We better start swimming, or else our season will be sunk before the end of the year.

Not to sound all doom and gloom - because I'm certainly not at that stage yet - but we just stumbled through a fairly easy part of our schedule. It's actually amazing to think we're still in second place, just two points off the top. If drastic improvement isn't made soon - and by soon I mean immediately - then, with this run of fixtures coming up (as mentioned above), we could conceivably be five or more points adrift by the start of January.

We're only two points from fifth anyway. If this isn't a wake-up call for Carlo, I don't know what is.

The Rundown
• We drew. With a team fielding a pair of second-choice central defenders.
• That's four points out of a possible 15 in November.
• That's one point from a possible nine away from Stamford Bridge - an entire 180 from last season.
• What have you damn people done to Didier Drogba?
• We're playing some of the worst stuff I've seen in the Abramovich era. Just bland, unattractive football. Fix it.
• Our upcoming fixture list includes Everton, Tottenham (away), United and Arsenal (away).

Of Note
Away Form
I think it goes without saying that, when Chelsea travel this season, expect shit. How awful was that start? I mean, we were even alive?

The general malaise that was on display nearly put me to sleep. It wasn't a surprise, then, that we conceded. The way in which we did, though, was a shock. However you want to describe it - Keystone Cops, Benny Hill - feel free. They all fit. Mikel had just stepped in to win a tackle that appeared to have eased some pressure on a woeful defense. Alex obviously had other ideas. No communication - shocking - left Cech scrambling off his line and a ridiculously bad backpass from Alex heading toward goal. The Geordie's Geordie, Andy Carroll, mopped up the mess with no trouble whatsoever.

You would have expected some kind of response from Chelsea, kind of like what we saw at Birmingham. No such luck. Thank god for deflections.

Plan B
It doesn't exist.

Carlo did well to switch to a 4-4-2 early in the first half. It made a difference during the second half, but only after Newcastle retreated into a defensive shell. And then it never seemed likely we would grab a winner. The inevitably of the result in itself is an indictment of the squad at this moment.

Also, the fact Carlo made only one substitution, in the 80th minute, tells you how much he trusts not only the youth but also our bench in general.

This all has been a talking point since the summer,  but now that it's actually come to fruition I think more people are taking note. Simply put, this is what happens when you become reliant on a few individuals. Or, better put, when you build a side around a few individuals. Things will get better when Essien, Terry and Lampard return, most certainly. But it's time to stop relying so much on individuals and more so on a team concept. Carlo is smart enough to understand that, and I expect him to work it out.

Of course, squad depth is a killer. How he manages this barren side for the rest of the season will be most interesting.

Misfire
Sure our defense has been porous, but I'm not sure that's the real crux of the problem. Our attacking trio has been poor at best over the past month.

Malaria has gobbled up Drogba's zest. Malouda's rip-roaring form from the opening weeks has been sucked into the oblivion by the team's need for central midfield bodies. And Nicolas Anelka continues to marginalize his effectiveness while attempting to reinvent himself as a midfielder. Every now and then, we may need him to add incisiveness to the attack when Drogba is not firing - which has been often over the past month. These three aren't young by any stretch, either.

Hopefully The Mighty One & company will sort themselves out ASAP. 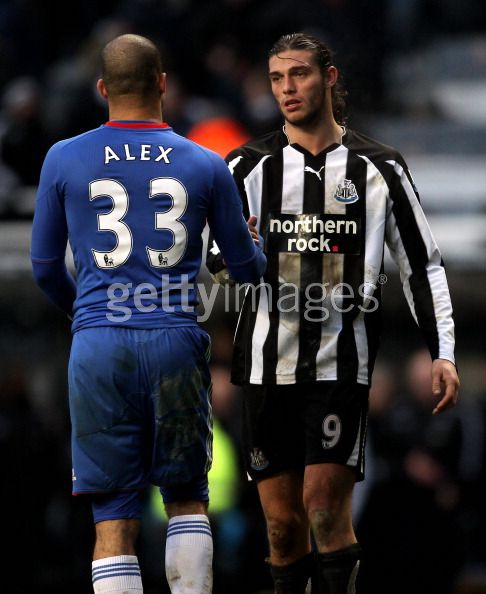