The road to redemption begins here? 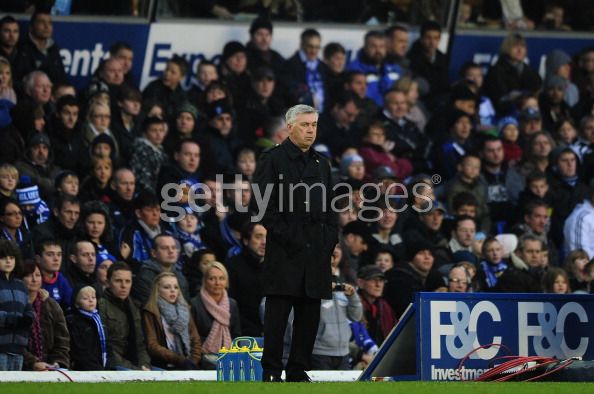 A sensationalist view, yes. But, after a week that has, in just a day, become as tumultuous a one as we've had in two seasons, tomorrow's Champions League tie against MŠK Žilina represents more than just another game.

Stamford Bridge is the venue for what may be a defining game not only in the season for Chelsea Football Club, but also in the tenure of Carlo Ancelotti. Rumors spread yesterday that King Carlo had throw in the towel, had offered his resignation to Roman & Co. It was promptly dismissed by the board. Hogwash says the club. Carlo himself laughed off the suggestions today at what was a more-than-the-usual pre-match press conference. I'm not convinced.

It's never as it seems in SW6. Never.

A win - a convincing win - may well go a long, long way in serving as the perfect tonic, however. It'll be accomplished with a youth CFC.

Experimentation is only natural, considering a draw will be enough to secure first-place in Group F - not even that, anything other than a Marseille victory will do it for us. The artist formerly known as RAWSE will relieve Petr Cech in goal. Seriously? Josh McEachran is in line for his first-ever start for the club - in a holding role. Really? Ancelotti also admitted to being a little one-tracked with regard to formation, so we might seem some adaptation. I hope so. We must unearth a Plan B.

That's all I got. Time to lay down a marker, Carlo and the players. Roll on the Chels. KTBFFH

Sidenote: A quick word for Romes - Enough is enough. The constant meddling must stop. More later.

P.S. I should have my home PC back tomorrow. Regular posting to resume shortly. Thank God.