Yeah, it was one of those days. 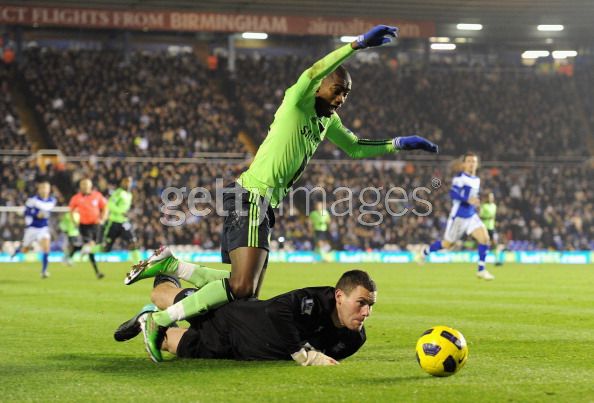 This is my initial look at Saturday's result, the latest debacle in a series of them. So be forewarned, this recap is incomplete and, yes, more is to come.

"If Chelsea’s surrender against Sunderland last weekend was a seismic event, this fraught, maddening defeat at St Andrew’s was the aftershock. After three losses in four games, they still just about lead the Premier League, but the aura they wove over the first few weeks of the season has disappeared into thin air."
-Jonathan Liew, Telegraph

Thank you, Jonathan. You, sir, have so superbly described our predicatement that, well, I don't have to.

The Rundown
• We lost for the third time in four Premier League matches.
• We lost consecutive league matches for the first time in 165 games (2006)
• We weren't that bad. Seriously.
• On any other day, we could've scored five or six.
• We're still top of the league (by goal difference).
• Is any of this cheering you up?

Here's how Saturday breaks down statistically. Ridiculous. Via the BBC:

Says it all, really. Interestingly enough, despite all the possession, all the pressure and all the chances, I never really felt like we were going to get something out of the match. Resigned, I was. It's unerving that such a feeling would even surface with regard to this Chelsea team. The same side that was casting Premier League clubs aside with not just ease, but unrelenting brutality early in the season. Goals flowed like Rakim in a Bronx cipher circa '87. The well has dried up, friends. Hopefully this is our one - and only - seasonal blip. If so, I'll take it - particularly with matches against the likes of United, Arsenal and Spurs arriving in the very near future. 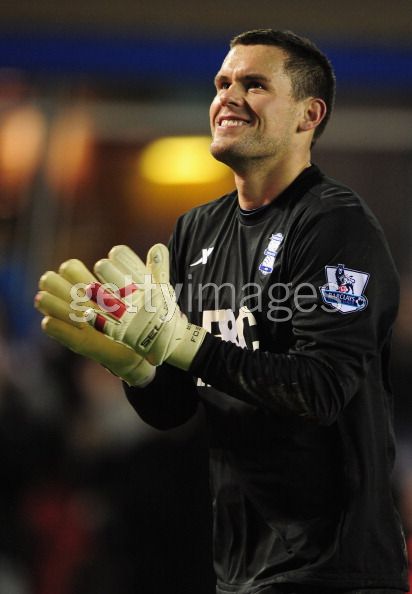 Of our numerous chances, six or so were excellent. A lively, yet eccentric Salomon Kalou - not nearly as bad as initially appeared, but still subpar - first flashed an effort wide, then set up Didier Drogba inside 10 minutes. Foster narrowed the angle well, and the strike from Drogba, still half-fit, was mediocre at best. Foster denied The Mighty One on two more occasions before the interval, the first an outrageous reaction save low to his left to keep out a thunderous header from no more than five yards. A deflected free kick was next on the menu, Foster palming around his near post for a corner. The former Manchester United keeper could do nothing about Drogba's third chance of the half, however, another roaring header that this time ricocheted off the corner of the post.

There was more. Ashley Cole chose the wrong option of shooting near post before both Branislav Ivanovic and Alex wasted free headers from Florent Malouda corner kicks. And that was just the opening half. After the break, Kalou shot high with an open goal gaping, another powerful Drogba free kick was saved and Ivanovic's second free header off a set piece was somehow clawed away at the far post by Foster.

Any other day, we net five, six goals, bank the three points and remain five clear at the top of the table. Then, in this very recap, we're talking about how the team responded like champions should. Not on this Saturday, though.

Player Ratings
To hell with these. I'm lumping everyone together, unless they made a significant contribution - positive, negative or otherwise. Deal with it.

Branislav Ivanovic
Stoic, as per usual. Wasteful with one header, denied brilliantly on another. 7

Florent Malouda
Flo's recent propensity to drift out of matches has me convinced his ankle is not fully healed. Regardless, he has soldiered on, and was excellent in the first half at St. Andrew's. He easily could have left with three to four assists, if not for the profligacy. He created 11 chances. Eleven. That's the most for any player in a league game this season. 7.5