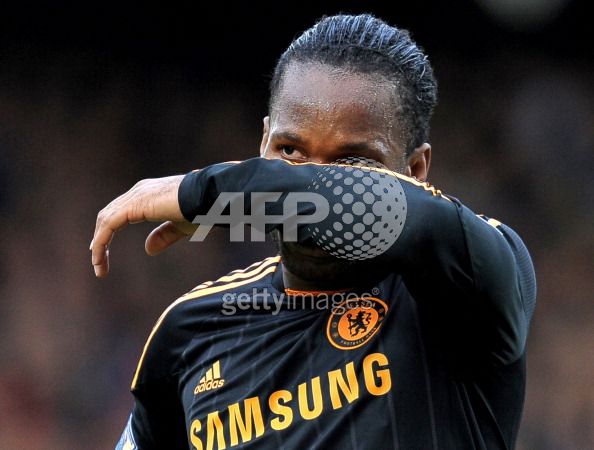 The Rundown
• We won - barely.
• We really didn't deserve to.
• Has anyone ever seen Blackburn play that well? More on this below.
• Zhirkov, with his creativity, brings a good balance to our Lampard-less midfield.
• Bane, the man is soon to join Alex on Mount Olympus.
• Two more points than last year's visit to Ewood. Bonus.

The Video: "Living life too close to the edge, hoping that I know the ledge." Far too close to said ledge for my liking.

Of Note
Improvement
I know, I know. You're confused. What possibly from Saturday's performance could be considered an improvement? Take a trip back to last season with me if you will. Of our five away fixtures thus far, four have resulted in an improved point total when compared to last season.

I don't care how ugly some of these results have been, that's championship-caliber stuff. Saturday, in particular, was testament to the quality of character in this side. Don't get me wrong, I expect on-field improvement, and I expect it soon (see Anfield next weekend), but to witness this particularly improvement is superb.

Complacency?
Carlo said it Friday. “We are five points clear, we started well in this part of the season, and I think we can play better, because we played very well some parts of some games but not continuously, we didn’t play 90 minutes how we want and it’s the time to improve our play and play with more intensity on the game.”

Well, we are still five points clear. But the King's call for generally better play, that wasn't answered - not in the slightest. Worrisome? A tad.

That's three consecutive league matches in which Chelsea have been far from at their best. In fact, one could make an argument that while we were most comfortable against Arsenal we weren't quite thoroughbreds on the day. So, four then. Four matches on the trot where we most assuredly could have played better. Disappointing.

Have we been spoiled? Sure. Who wouldn't be watching some of the football on display at Stamford Bridge? But I don't think it's unreasonable to suggest that more focused, complete efforts will be needed in the future. Not all sides are going to be as profligate as, say, a Blackburn or Aston Villa. We will be punished eventually if this eccentric style of 'playing for a few, switching off for a few' football continues.

I have faith it won't. Carlo isn't pleased with the volatileness; neither are the players, you can bet. Anfield is the perfect venue for another breakout.

Blackeye? Hardly
Sure, we carried over some lethargy from the second half against Wolves. In the first half Saturday, we were ridiculously sloppy. I mean, we gave the ball away continuously; it was egregious. But let's not get carried away with our faults. Give some damn credit to Blackburn.

This is a real glaring fact that many of us, I think, are overlooking - Rovers were playing at a level I haven't seen from them in a few millenia. Yes, thousands of years.

The Diouf boys, Mame in particular, were excellent. Brett Emerton. Benjani even emerged from the doldrum to net his first for the club. Hell, he should've had a hat trick inside 20 minutes. The Dioufs were the catalyst, though, pressing all over the pitch in truely incessant. Who knew El-Hadji still possessed a workrate? Their industry did not allow Ashley Cole or Bane to get forward with regularity - if at all. That crippled our ability in the final third, that is on the rare occasion we actually entered it.

Thank god for class. If not for two pieces of it - which resulted in our two goals - we would have received nothing from this one. And no one could argue it wasn't a deserved defeat.

All this talk about the overly-physical, direct tactics of Sam Allardyce. And the man comes out and plays a superb game of football. No long balls. No brute force. Just slick interchange and excellent counter-attacking mixed in with some vintage fight and ungodly pressure.

Big Sam may be slighty off his ****, but he got it right Saturday. And he was pretty damn classy in defeat. Peep this.

"It’s pleasing to create the chances against such a big team and give them such a good game, but you get the ultimate kick in the teeth when you don’t punch the opposition when you get the chance, and a team like Chelsea will take full advantage of that."

Well done, sir. If that lot can continue to play like they did against us, there's no way they finish outside the top half. No way.

Petr, Bane, Yuri
What would this recap look like without this trio? Praise them. Honor them. Thank the heavens for them.

On to Merseyside. KTBFFH 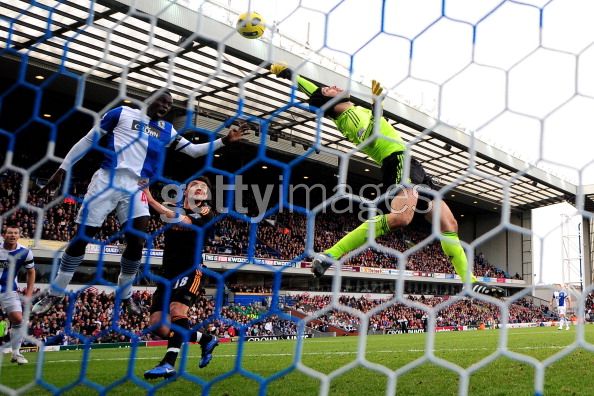 Player Ratings
This week's marks are brought to you by Venky's. So here you go, delicious bite-sized, one-word summaries of each player's afternoon. Bon appetit.

P.S. My notebook imploded yesterday afternoon so blogs may be on the limited side over the next week or so. I hope not, but if so, don't leave me. Don't EVER leave me.