Share All sharing options for: Drogba to secure place in British Museum? 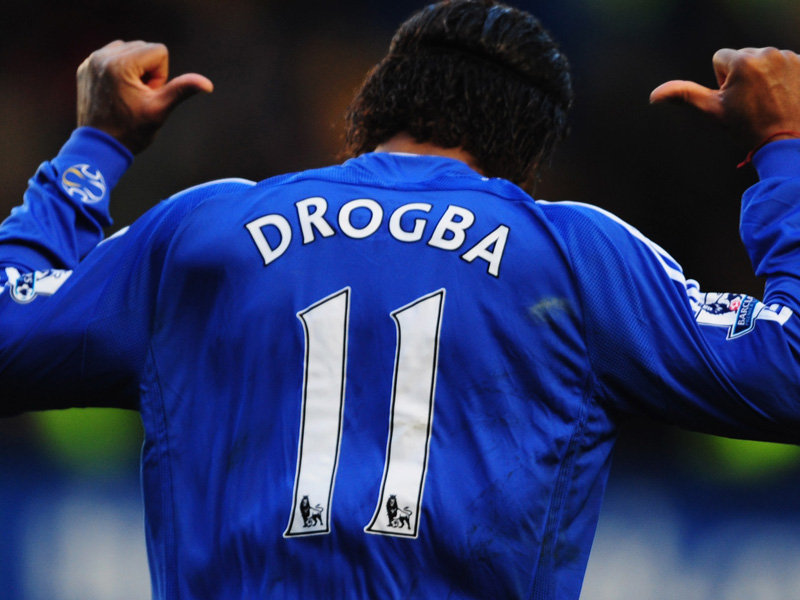 The Colossal bust of Ramesses II. The Rosetta Stone. The Bassae sculptures. Yes, The Mighty One might soon earn him a place alongside such magnificence at the British Museum.

No, not Didier Drogba himself - although that would be kind of superb in a Ben Stiller-as-a-night-guard-at-a-museum-where-exhibits-come-to-life kind of way. Drogba's 11 shirt for the famous CFC has been nominated as a contender to be the final piece in Radio 4′s A History of the World in 100 Objects series.

For those unaware, the ambitious project between BBC Radio 4 and the British Museum attempts to use "objects of ancient art, industry, technology and arms" to illustrate how the human race, over the past two millions years, has shaped the world in which we live. All 100 pieces, which have been chosen over the past year, will be displayed at the British Museum.

There are five contenders for the final piece, with Drogba's shirt the first nominee. Many may ask: Why a ******* football kit? The second question, then, would be something along these lines: And why the **** is the nominated one a Chelsea kit, much less one of Drogba? Well, David Prudames has an answer for you.

... this isn’t just any football shirt: it bears the name of Didier Drogba, an African who grew up in France and whose skills have led to his global fame. Through television, radio, magazines, billboard posters, the Internet, Drogba’s face and tremendously gifted feet are known the world over. And Didier plays for Chelsea, a team based in London and owned by a Russian.

The shirt was made by a German-owned company, in China, and bought in London. It’s covered in logos, names, motifs that are instantly recognisable. We know these as brands – another phenomenon of our age, protected by copyright but not exempt from being copied (underlined by the fact that the Museum has also acquired a companion object to this one, a probable fake bought in a market in Peru).

I can imagine the choice may surprise some – how could we include it in a list that features such one-off beauties as the double-headed serpent, the standard of Ur or Akan drum? Fairly mundane this shirt might be, but it tells a story every bit as potent and relevant as any great work of art.
We live in a world where we consume branded objects. The very fact that this is a mundane artefact demonstrates a distinctive new feature of our world of things: we see, own and use the same objects in many parts of the world.

Very, very interesting. And, I must say, the man makes some excellent sense.

Stay tuned to see if the Ivorian finds his way into history in a way I would presume he never thought possible. We'll keep you posted on the development.