Some significant news on the injury front today. 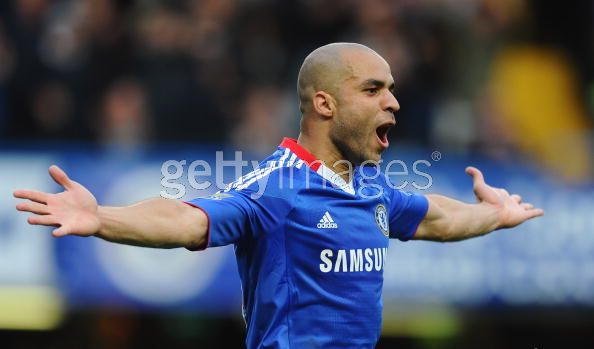 Alex to miss three weeks
• Bad news. Our very own Atlas will be out of commission for what looks to be at least three weeks with a thigh muscle injury sustained in the win over Arsenal this weekend.

Ray Wilkins joked that the Brazilian juggernaut injured himself in bombing past Lukasz Fabianski in the second half of Sunday's 2-0 win. Turns out this was no joking matter.

Alex has withdrawn from the Sambas side that will play friendlies against Iran in Abu Dhabi on Thursday and Ukraine at Pride Park on Monday. It also looks like he could miss up to three matches for the CFC - away to Aston Villa (16 October), away to Spartak Moscow (19 October), home to Wolverhampton (23 October).

What does this mean for Carlo Ancelotti? Well, it would look like Branislav Ivanovic will move into the center of defense to partner England's Brave John Terry. Paulo Ferreira will slot in at right fullback in stead of Bane, with the world's finest left-back a mainstay. Jose Bosingwa is close to a return - for the first time in almost a year - but not quite close enough.

Not exactly breaking news - as we've known of his calf injury for some time. However, a further problem has surfaced, which may prolong Benayoun's absence from the Chels. In the process of evaluating the progress of his calf injury, doctors also discovered an infection in Yossi's Achilles' heel. The article on Haaretz.com says the midfielder was keen to receive temporary treatment in order to play, but was denied on the basis that further damage would keep him out of action for not weeks, but months. Good call, docs.