THE Drog and his Rottweilers 2 North London Pussies 0.
-The Sun 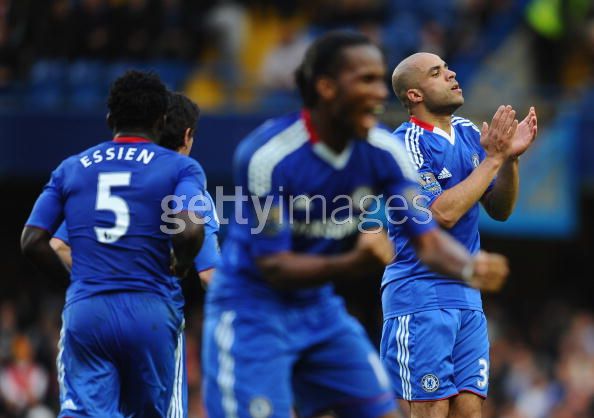 Shaun Custis of The Sun may have edged over the line, but his words aren't entirely without foundation - even if there are indeed crude and unnecessary. Arsenal were, well, Arsenal. Chelsea were Chelsea.

This is a sad rip of a sad unemployed man, but as a once serviceable NFL coach turned infamous involuntary spokesman for Coors Light commercials - Dennis Green - once said, "They are who we thought they were."

Very much so. Sure, Arsenal offered a bit more than in recent trips to Stamford Bridge. Most of that, however, was in the form of shirt-pulls and the like. Twelve fouls to our six? What is going on here? But, to be fair, Arsene's boys seemed to find some endeavor to go with the inevitable possession. Chances were certainly there, but nothing as clear cut as their opening two - which coincidentally arrived in the opening minute.

Four saves for Cech, only one of great quality. Three misguided headers from Arsenal, which likely should have resulted in at least a testing of the Czech keeper. Otherwise an imperious defensive shift from Chelsea. It really was an excellent show at the back, marshaled as well as ever by England's Brave John Terry. Trips into the Chelsea third were frequent; chances were not. The commitment of our side could be exemplified by our latest addition, midfielder Ramires, who flung himself into a challenge as Marouane Chamakh was lining up a strike from inside the penalty area. Superb.

Our men, meanwhile, had their chances, too. Two of them taken spectacularly, the rest wasted ridiculously. Nicolas Anelka alone with Łukasz Fabiański. Michael Essien alone with Łukasz Fabiański. No goals. A handful of decent to good saves from Arsenal's reserve keeper as well. Can we speak on those goals, by the way? Describing Didier Drogba's 500th tally against Arsenal is near impossible. A pirouetted back-heel of epic proportions. Then, well, there's Alex who were discussed in detail in the MOTM post. What else can be said about that hit? You know the Farnese Atlas? The sculpture of Atlas with a globe resting on his shoulders? I keep visualizing Alex in the same position. Titan.

Chelsea were on the ropes, says Voyeur. Of course he would say that.

The Rundown
• A fifth consecutive win over Arsenal. Glorious.
• Four points clear at the top. Seven clear of Le Arse.
• Didier Drogba has now scored 13 goals in 13 meetings with Arsene Wenger.
• Fair play to Arsenal. A much improved display from last season.
• Still, it was no less as predictable an outcome.
• Ramires grew up on Sunday.
• I love scotch. 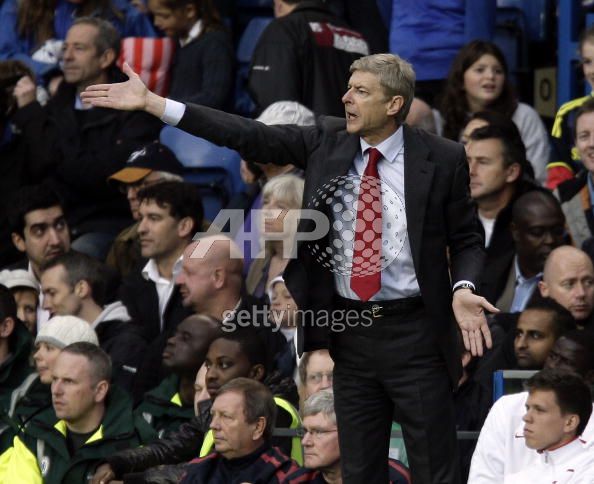 Of Note
Tactics? Advantage Carlo
Wenger's decision to apply pressure from the front was an excellent one. No tactical adaptation as the match went on, more of the same story. Ancelotti, meanwhile, was perhaps a bit negative in the way he set out the side but the effectiveness cannot be argued.

I doubt we'll favor soaking up pressure at Stamford Bridge against any other Premier League opponent this season. Then again, when it's Arsenal, you can tend to do that without incident.

Ramires arrives
It did not take long, did it? Settling periods are unavoidable for players joining English clubs from abroad. Malouda, Drogba, Essien - each needed time to implement themselves not only into the team but also the culture. Ramires is no different. New language, new country, new club, new everything. For the Brazilian import to have done this well so early is kind of outrageous.

He struggled against City but rebounded in style Sunday, when his breakout may well have arrived. Hapless would be too strong a word to describe his opening 20 minutes against Arsenal. Nevertheless, the Brazilian was approaching such a realm before an epiphany thrust him into life. Ramires was hauled to the ground by someone - Song I believe. Ram flapped his arms from the floor intent on receiving a free kick. It wasn't coming.

He could have remained on the floor, moaning about. He didn't. Then came a ruthless mix of strong tackling, driving runs, pretty good passing and overall astuteness. It was as if Raimres said "Alright, then. If they can do it, so can I."

Don't get overworked, but there are hints of a young Essien in his play. Of course, the Brazilian has miles to go - his decision making, in particular, must drastically improve. But there are signs of a top player in there. 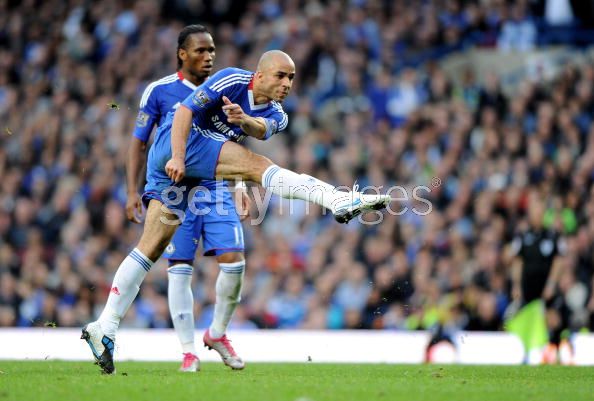 Player Ratings
Petr Cech
Another competent display. Fine save on Arshavin in the first half. Is it me or has Cech's confidence been restored? He just seems so much more at ease this season. 7

Branislav Ivanovic
I earmarked the Serbian's defensive contribution as a key to our success. He passed the test, though he sacrificed forward movement to quell the threat offered by both Arshavin - who was poor - and Nasri, who was ineffective aside from slicing a shot wide during the opening exchanges. 7

Alex
Boombastic. Off early, but grew into a towering presence - at both ends - as the match closed. Rapidly becoming an integral piece of the puzzle. 8

John Terry
Inspirational. The mad man is back. He was the brace on which the rest of the backline relied on - not that they needed much to rely on on this day. 8

Ashley Cole
Yeah. I'm about to say it again. Best left fullback in the world. Another assist and only a toe denied him a goal against his former club. 8

John Obi Mikel
The fulcrum. Held the midfield together against a team with superlative movement. Seamlessly able to transition the team from defense into attack. Our most consistent performer so far this season.
8.5 (CO MOTM)

Michael Essien
Overpowering. Not at his finest - continues to lack an edge in front of goal - but was still far too much for Arsenal to contain. 7.5

Ramires
See above piece on our newest signing. Did I mention how superb that tackle in the second half on Chamakh was? 7.5

Nicolas Anelka
Unexpectedly poor. That miss in the second half, glaring but forgivable. The decision to forego his usual industrious work in midfield, baffling. I doubt Carlo would have instructed the Frenchman to not do what he does best. 6

Florent Malouda
Understated. Not as effective as he has proven to be this season, but contributed nonetheless. Excellent work in the Arsenal wall to free up space for Alex to layeth down the hammer. 6.5

Didier Drogba
Unplayable. What was it Arsene would have had to pay for his services back in the day? 100k? Ewww. I'm thinking Voyeur should throw wads at the Ivorian right now in return for his retirement, just to cease the tormenting. 8.5 (Readers' MOTM)

Paulo Ferreira
Not exactly an expected substitution; Bane must've picked up a slight injury. Either way, Paulo was, after falling asleep on a Rosicky run early in his shift, relatively solid. 6

Yuri Zhirkov
Left little time to make any type of telling impact when he replaced Ramires with under 10 minutes remaining - yet did. Excellent ball to set up Essien for what should have been our third. 6.5