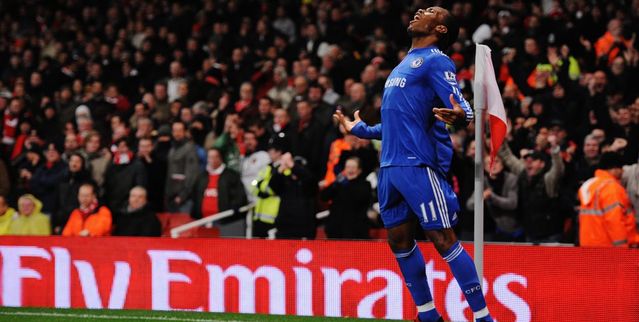 The stat: Arsenal have won just two of their last 17 matches against the Blues.
The punt: Do we really need to discuss this one? The Mighty One has netted 12 times in 10 appearances against Arsenal. Make the bet.

Forget Arsène Wenger. His pompous antics, and elitist view of the sport. From a pure footballing perspective, this match has been, for the most part, an enthralling one over the past few years. England's Brave John Terry capped a sensational 2-2 draw in December 2005. No Chelsea supporter is likely to forget Michael Essien's unbelievable curling strike to secure a 1-1 result in March 2008.

Last season did not produce such a match. Then again, we aren't complaining. A decisive 3-0 win at the Emirates followed a comfortable 2-0 victory at home in February. Ancelotti, in his first season at Chelsea, continued what has been a successful period for the club against Arsenal since the arrival of Jose Mourinho in 2004. The famous CFC is 7-2-4 since 04-05.

More of the same, then? I don't see why not. On to Sunday friends. KTBFFH 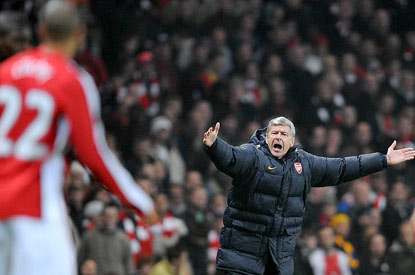 Le Arse —
Position: 3 (11 points)
League Form: LDWWWD
Team: Fabianski, Sagna, Squillaci, Koscielny, Clichy, Nasri, Song, Wilshere, Rosicky, Arshavin, Chamakh, Szczesny, Denilson, Diaby, Eboue, Lansbury, Djourou, Vela
Doubtful: Diaby (ankle)
Injured: Almunia (elbow), Bendtner (groint), Vermaelen (achilles), Fábregas (hamstring), Walcott (ankle), Van Persie (ankle), Gibbs (calf), Ramsey (leg), Frimpong (knee)
Suspended: None
Leading scorer: Walcott 4
Quote: "The biggest pride of a club is to achieve the maximum with the resources available. That is what we try to achieve and the situation is not really comparable to what Chelsea has done. The resources are different. We do the best we can. We have our own way to run our club." -Voyeur

You certainly do, Arsène. Moving on.

Look at that injury list. And I thought ours was extensive. Walcott was on the cusp of coming of age when he was stricken. Van Persie and Vermalen represent key losses; Almunia, not so much. None, however, are as significant as Cesc Fabregas. Arsenal, minus Fabregas, are far from the imposing side they are with the Spanish playmaker. Imposing? Eh, wrong word. More like dangerous

That's not to say this team isn't talented. Certainly the opposite. Marouane Chamakh has proved another shrewd piece of business by Wenger. The Moroccan also has a bit of a score to settle with EBJT - Chamakh was an indifferent figure while with Bordeaux in two matches against Chelsea during the Champions League group stage a season ago. And then there's Andrei Arshavin. The Russian just produces.

How will Fabianski fair in goal? He doesn't exactly have a glowing reputation, particularly against Chelsea (see 2009 FA Cup semifinal).

CFC —
Position: 1 (15 points)
League Form: LWWWWW
Team: Cech, Turnbull, Terry, Alex, Ivanovic, Bruma, Cole, Ferreira, Van Aanholt, Zhirkov, Mikel, Ramires, Essien, Malouda, McEachran, Kakuta, Drogba, Anelka, Borini
Doubtful: None
Injured: Bosingwa (fitness), Lampard (groin), Kalou (thigh), Benayoun (calf)
Suspended: None
Leading scorer: Malouda 6
Quote: "We all know what Didier has done against Arsenal in the past and we believe he can do it again. Arsenal also are well aware and that will be a factor, especially if we can ensure Didier gets the right service. But at the same time it is down to us to make sure we impose ourselves on the game from the start." -Florent Malouda

Flo kid of sums it up for me, doesn't he? Impose being the key word.

Our physical style has always bothered Arsenal. In fact, it's plagued them in recent seasons. Couple that with fluidity and attacking impetus - which this recent incarnation of Chelsea under King Carlo has - and we're more of a handful than we ever have been.

Drogba has been touched on. The Mighty One has simply been unplayable from the perspective of Le Arse. He's not alone, either. Florent Malouda is in the form of his life. Nicolas Anelka tortures former teams. If this trio is on form Sunday, I don't even know. A mouth-watering prospect to be sure.

Branislav Ivanovic may well be the key, though. Samir Nasri, who has been excellent thus far this season for Arsenal, will be in the Serbian's sights on Sunday. Bane will also likely be forced to deal with Arshavin on occasion. How he copes is crucial. Though he has yet to reach the level of performance he enjoyed last year, I have no doubt Bane can do a job - and push on from there. 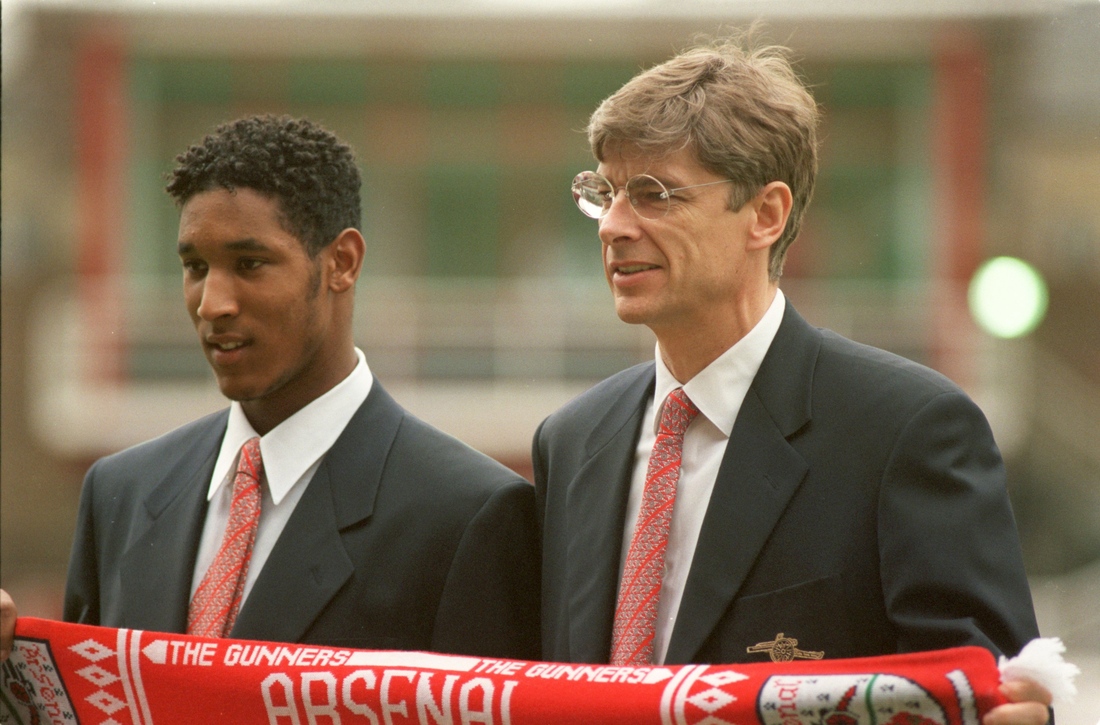 Has scored seven goals in 11 league starts against his old mentor.

Bonus:
The official website reminded me of this gem. Last year, Wenger proposed that the Premier League should rework its system, not only awarding three points for a win but also a point for each goal in the margin of victory. Incisive stuff. How would the table look right now if this system was indeed installed? I'm glad you asked.