The what: Premier League, Round 10 – Blackburn v. Chelsea
The where: Ewood Park (31,367)
The when: October 30, 3pm local time (10am EST)
The how: ESPN2 (DirecTV 209, Dish Network 144)
The why: Because it's ******* Blackburn. And Blackburn at Ewood is always a difficult prospect. I seem to recal us deserving a win there last March, but were ultimately undone by our own complacence - this after Sam's lot booted us from the League Cup. 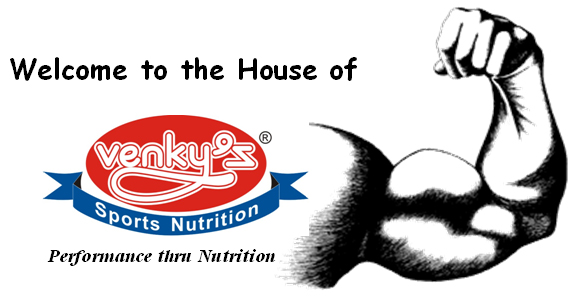 The referee: Peter Walton
The stat: Blackeye haven't won, and have scored just one goal, in their last eight league meetings with the Blues. I find this sort of shocking. Nevertheless, let's keep it that way.
The punt: Nicolas Anelka and Didier Drogba have combined to score 15 goals in 20 Prem appearances against Rovers. Need I say more (other than don't listen to me)?

Rovers —
Position: 17 (9 points)
League Form: DDWLDL
Team: Robinson, Nelsen, Samba, Salgado, Jones, Givet, Olsson, Pedersen, Dunn, Emerton, E. Diouf, M. Diouf, Kalinic, Benjani, Roberts, Chimbonda, Hoilett, Linganzi
Doubtful: Nelson (thigh)
Injured: Andrews (groin), Grella (hamstring), Nzonzi (hamstring)
Suspended: None
Leading scorer: Kalinic 2
Quote: "We did well against them last season at home, so we know it is possible. They are probably one of the best teams in Europe at the moment, but we just have to work hard and try to put in our best performance. We know on a good day we can handle them, but it is going to be tough." -Morten Gamst Pedersen

Blackburn have won just once in four league games at home this season, on the opening day to Everton. Even then, it was only via a goalkeeper error by Tim Howard that they did so. Not exactly form of your life stuff.

Sam Allardyce will at least be able to draw some comfort in the fact that he should have his first-choice defense installed for our visit. Christopher Samba will return from suspension, while it looks like Ryan Nelsen will overcome a thigh problem to feature. He'll need them to be at their imperious best, no question.

The defense has been somewhat stout; offensively, not so much. Rovers have scored just seven goals so far. No Prem club has attempted fewer shots from open play than Blackeye, either (41). Our Blues, meanwhile, have more than doubled that number, leading the league with 96. 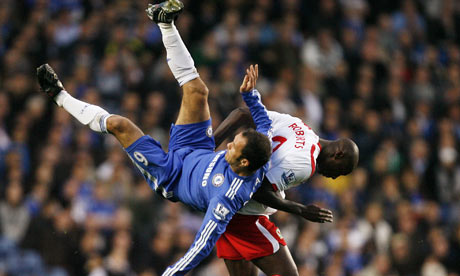 Expect more of this.

CFC —
Position: 1 (22 points)
League Form: WWLWDW
Team: Cech, Turnbull, Terry, Alex, Ivanovic, Bruma, Cole, Ferreira, Van Aanholt, Bosingwa, Zhirkov, Mikel, Essien, Malouda, McEachran, Mellis, Kakuta, Borini, Kalou, Anelka, Drogba
Doubtful: None
Injured: Lampard (groin), Ramires (ankle), Benayoun (Achilles)
Suspended: None
Leading scorer: Malouda 7
Quote: "We are five points clear, we started well in this part of the season, and I think we can play better, because we played very well some parts of some games but not continuously, we didn't play 90 minutes how we want and it's the time to improve our play and play with more intensity on the game." -Carlo Ancelotti

We've failed to score in our last two away fixtures. Sure, our recent trips haven't exactly been of the simple variety, but that nevertheless is a glaring statistic. Never under Abramovich have we gone three without a goal. Obviously, something must give. And, with a trip to Anfield on tap for next weekend, maximum effort - and points - must be extracted at Ewood.

Alex is fit, excellent news. His return brings into question not our central defensive pairing - I'd think Alex, on recent form, warrants a place alongside John Terry - but on the right side of defense. Will King Carlo opt for the more physically imposing Branislav Ivanovic - who has been excellent wherever he has played this season - or will he prefer the pace/guile of Jose Bosingwa? I'm not exactly sure what I would do in this situation. Certainly a position to watch come Saturday.

Ramires has not sufficiently recovered in time to be considered. This most likely means that Yuri Zhirkov will remain in the XI, on the left side of midfield where he has over the past couple of weeks excelled. I fully expect bullish displays from Michael Essien and John Obi Mikel; both seem to relish these carnal-type encounters.

Drogba, too. The Mighty One, after an uncharacteristically poor outing against Wolves, might well go wild against Samba & Co. So, too, might our other two frontmen - Nicolas Anelka has scored more goals (10) against Blackburn than any other Premier League side; Florent Malouda has seven goals this term. It really is quite exciting isn't it?

Frank Lampard, meanwhile, will, again, be absent not only for Saturday but our midweek Champions League tie with Spartak. Worrying? Massively. More on that in a later post.