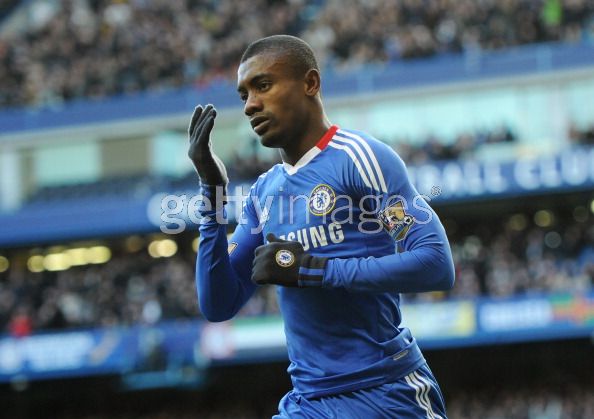 Sums it up just about.

So, a routine, understated 2-0 win at home over Wolverhampton. Who would've thought a win would have such an indifferent reaction around these parts. We, as Chelsea supporters, really are spoiled aren't we?

We've been spoiled to a fault over the past year and change, what with King Carlo engineering something of a entertainment renaissance at the Bridge. Six goals here, seven there - it's become almost routine. Anything less, well, would be uncivilized.

Sure, we were far from our best. Yet today was no less critical than, say, Arsenal, going forward. Remember, it was not so long ago that these matches represented something of a pitfall for the club; points dropped in such conditions wasn't exactly an uncommon occurrence in seasons prior. Even last season we were susceptible (West Ham away, Hull City away to name two). Secure the points, move on - a healthy, profitable strategy.

The Rundown
• We won.
• We were less than stunning. And that's FINE.
• Fair play to Wolves, who were positive rather than cynical, and played pretty damn well.
• We kept an eighth successive Premier League clean sheet at the Bridge, a new club record.
• Jose Bosingwa started his first game for Chelsea for over a year. It was a grand success.
• Bane x EBJT should be our fist-choice central defensive partnership.
• Coke >>> Pepsi

The Video: Today's selection, in honor of the return of one Jose Bosingwa. The resurrection is complete good man.

Of Note
Cech it
Let's begin by analyzing our intrepid goalkeeper, Petr Cech.

Cech may well have finally made it all the way back from Mordor. Cast into the deepest depths some four years ago by Sauron himself, Stephen Hunt, the Czech goalkeeper was. The struggle that followed was not one of physical strife, but mental. Confidence steered in and out of view. Last season was a move forward, though potholes still crowded the path. This season, road has been as clear as a fall afternoon in the Appalachians.

Cech has been among the world's best, if not the world's best, to start this term. Wolves proved to be another clinic. It's baffling, really; he simply makes it all look so simple. An ironic twist of fate ensured Cech engaged his former assailant on Saturday. When he did, late in the second half, it was with confidence staunchly absent not two years ago. Hunt was never going to be a problem.

Problems, as they were, may never be problems again for our towering No. 1.

Re: The stat. Apologies
We at The CO would like to apologize to any and all who listened - and acted - when we said Didier Drogba was dead-on to net today. We had no idea this fever he suffered from for a week or so would have such a resounding impact on his form. My lord the The Mighty One was off the pace. Rust doesn't even begin to describe it. His effort in that 1-on-1, with Hahnemann stranded miles from goal, was appalling.  Then you realize Drogba has scored something like 21 in 21 (not sure how accurate I am), and you forgive and forget. This man is a monster.

On second thought, you really should blame yourself. Who in their right mind would have the audacity to trust us in the first place? 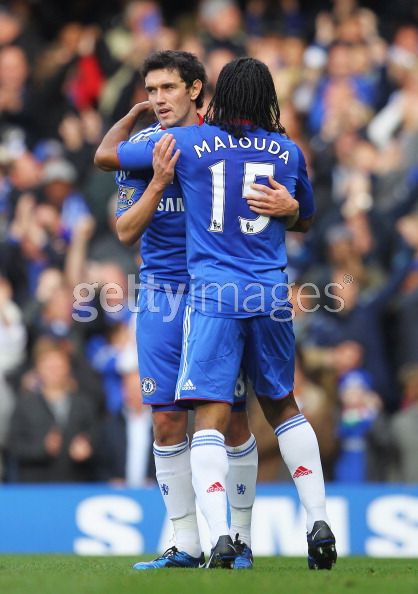 Jose Bosingwa
A seamless - and wonderful - transition back into the XI. Unlucky not to score on his first start in over a year. Displayed exactly what the club has missed on the right side of defense, what with his ability to get involved in attack comparable to that of Ashley Cole. 8

John Terry
More of the same. Was imperious, aside from a loose pass inside his own third during the first half. Subdued Kevin Doyle with relative ease. 7

Branislav Ivanovic
A rock. Physically, he was unmatched by anyone in what is an overly-physical Wolves side. Was prepared to rip Doyle's head clean off during a second-half meeting of the minds between the two. 8

Ashley Cole
Not exactly subdued, but less effective than we've come to expect from the finest left fullback in world football. Regularly involved in the final third - as you would expect - though his final ball was subpar. Rare off-day. Still believe fatigue, as mentioned in the match preview, was a decisive factor. 6.5

John Obi Mikel
The usual. And, by usual, I mean composed, confident and supreme - well, semi-supreme - generalship in the middle of the park. Not his finest outing of the season, but certainly another gamer, one which will no doubt continue the growth of our most improved player. 7

Michael Essien
Played a chief role in the second goal, but otherwise was somewhat off in my view. His distribution was hardly of the greatest quality. His shooting also continues to drift. Nevertheless, was a lion in midfield. 6

Yuri Zhirkov
Very much a highlight. Clever movement and pull-back to set up Malouda for the game's opening goal. Continued to represent a significant threat throughout the first half - perhaps even our most dangerous outlet of the opening 45 minutes. Influence dwindled after the interval, but still provided quality. 8

Nicolas Anelka
A pair of subdued displays sandwich his effective evening in Moscow. Movement not as incisive as we've come to expect, though he did his part in dropping deep as an option. In and around the penalty area, but never really a threat to score. I don't get the reluctance. Why dilly and dally and dilly some more on the edges of the box? Have a go, sir. 6

Florent Malouda
Understated. Scorer of a simple opener, thanks to the work of Anelka and, chiefly, Zhirkov. May well have escaped with a brace - if not for a key block by Essien (yes, Essien) - despite being far from at his best. As with Cole, believe fatigue had a hand in his lack of influence as the day progressed. 6.5

Didier Drogba
Plenty of rust. I'll let King Carlo tell it: "(Drogba) was not precise in his play, he lost a lot of balls. But after the illness he needed to play with the team and get comfortable on the pitch." Agreed. 5.5

Josh McEachran
How about that perfect last-ditch tackle on Ebanks-Blake? Yeah, the offside flag was raised but you simply can't teach that stuff. The young one just continues to impress, even in limited minutes. 6.5