The what: Premier League, Round 9 – Chelsea v. Wolverhampton Wanderers
The where: Stamford Bridge (42,055)
The when: October 23, 3pm local time (10am EST)
The how: Fox Soccer Channel (DirecTV 619, Dish Network 149)
The why: Because, with Arsenal travelling to Eastlands, Chelsea have a strong opportunity to extend its league atop the league table. And a win for Jose Bosingwa on his first start for over a year, that would be peachy, too.
The referee: Lee Probert 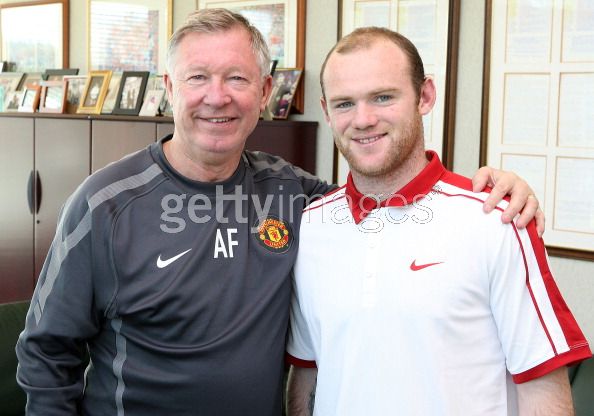 So, Wayne Rooney will remain at Old Trafford. Or that is what we're expected to conclude from this latest development. Shocking news? Yes, in the sense that who would have thought we would ever see Sir Alex Ferguson bow to a player. The man has gone soft in his advancing age.

At least that is how it appears from the surface. There is obviously another lane down which this saga may travel. Imagine, for a quick minute, if Rooney is sold in the summer. Not for the reduced fee that would have been impossible to avoid had Wayne not agreed to a contract extension, but for, say, £50 to £60 million. Advantage Glazers.

Apologies for rambling off topic. On to Wolves.

The stat: Chelsea have won all four league meetings with Wolves, scoring 16 goals.
The punt: The Mighty One is expected to be fit. He's netted nine times in his last five league games at the Bridge. Need further reason to back the Ivorian?

Wolves —
Position: 18 (6 points)
League Form: DLLLLD
Team: Hahnemann, Foley, Berra, Ward, Jarvis, Jones, Van Damme, Fletcher, Doyle, Ebanks-Blake, Elokobi, Halford, Bent, Hennessey, Edwards, Milijas, Stearman, Mouyokolo, Mujangi Bia, Davis
Doubtful: Craddock (thigh)
Injured: Zubar (ankle), Guedioura (tibia), Kightly (patella tendon),
Suspended: Henry
Unavailable: Mancienne (terms of loan agreement)
Leading scorer: Jarvis, Fletcher, Ebanks-Blake 2
Quote: "Going to Chelsea, if they play as well as they can there is nothing you can do about it. We will have to play as well as we can. I don't have to get the players together (to analyse Chelsea on video), we all know what they can do and are aware of their abilities, it would probably be counter-productive anyway." -Mick McCarthy

Wolves. Not exactly a threat away from Molineux. McCarthy's side has lost it's last seven road fixtures. Perhaps a more daunting statistic, Wanderers have won only four of 42 league away matches. Wolves have also failed hold a clean sheet in 11 consecutive matches. Confidence surely will be high, then, entering the fortress that is Stamford Bridge.

The outlook isn't that much better with regard to team matters. Club captain Karl Henry is suspended. Midfielder David Davis, 19, has been recalled from his loan at Walsall, and is expected to slot straight into the team for Saturday. Michael Mancienne, meanwhile, on loan at Wolverhampton from Chelsea, will obviously not be available to face his parent club.

Wolves' reputation this season - for good or bad - has not been one of a lovable, personable outfit full of jolly ol' boys who enjoy knocking it about in real style. Whether you view the club as aggressive, perhaps clumsy, or vindictive is up to you. All I know is that I hope our men emerge unscathed - all of them. 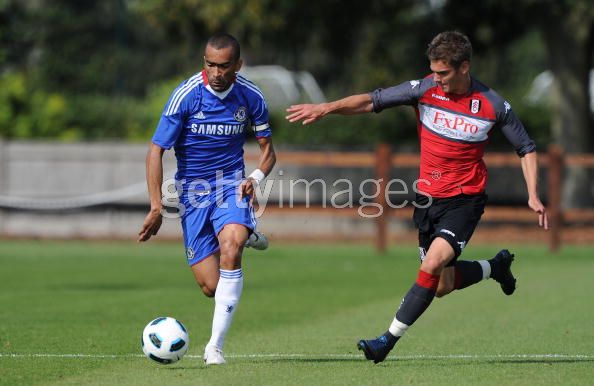 "Tomorrow Bosingwa will start from the beginning ..."

Back to the Premier League on Saturday. Back to a winning mentality.

Didier Drogba has been declared fit after missing last weekend's fixture at Aston Villa with a fever. As mentioned earlier, Jose Bosingwa will start his first game for the club in over a year. Wonderful news. Meanwhile, Frank Lampard remains sidelined; his injury saga becomes more and more worrying as the days pass. Ramires as well as Alex have not recovered sufficiently, but are expected to be back in training at the beginning of next week.

Regardless or injury, I feel rotation is necessary this weekend. Particularly for a regular first-team trio - Ashley Cole, Michael Essien and Florent Malouda - who looked absolutely gassed in Moscow. I doubt we'll see the lot rested against Wolves, but I would like to see two of the three receive a deserved rest.

Yuri Zhirkov played maybe his finest game in a Chelsea shirt against Spartak, and should find himself in the XI come Saturday. I doubt Salomon Kalou will start consecutive matches - seeing as he has just returned from injury - but, like I said earlier, I feel Flo needs a break.

I guess we'll have to wait to see how King Carlo lines them up, rare these days what with our manager naming sides in advance much of this season. Who cares, though? Bring on the Wolves. KTBFFH