The reserves trailed 3-0 to West Bromwich on Wednesday. Never fear, the man below was on hand. 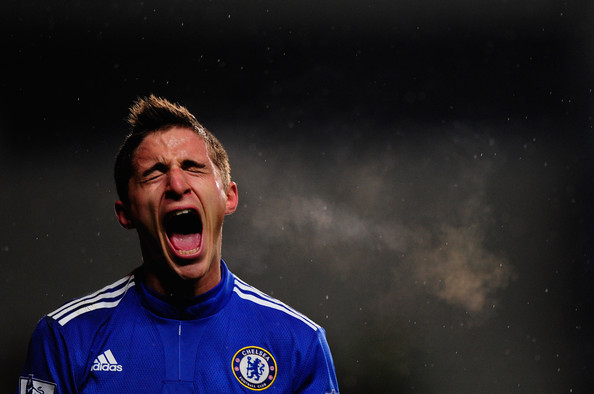 Transfer speculation  (Juventus, Parma) has been surrounding Fabio Borini over the past week. He did himself no harm in resuscitating the CFC on Wednesday. The 19-year-old scored five goals - yes, five - to lift Chelsea to an epic 5-4 win in Birmingham.

Whoa. Borini netted twice in the first half, then bagged a second-half hat trick to pull the Blues out of a three-goal hole.

Well done, young one. Now, perhaps we'll get to see this talented Italian in the first team. And get his contract sorted, people.