Poll: Do you want Wayne Rooney at Chelsea?

Share All sharing options for: Poll: Do you want Wayne Rooney at Chelsea?

We're back. Magic City was magnifico. 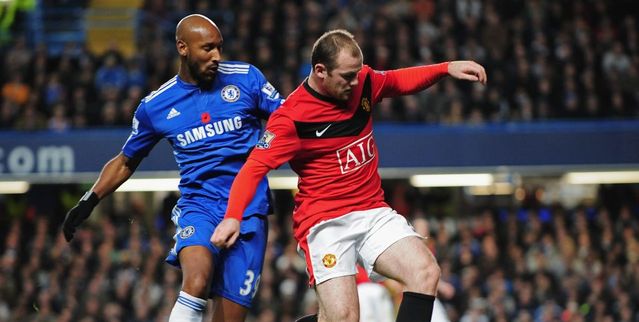 What has happened since The CO disappeared into the Peach State? Lots.

We exorcised some significant demons in Moscow. Le Sulk made amends, sort of. Parma and the Old Lady moved in for Borini.

All interesting. All paling in comparison to Rooney-gate.

So Wayne Rooney wants to depart Manchester. He may leave United as early as January. Clubs which can accommodate the England international's services are at a premium. Among them would be Manchester United, Real Madrid, Internazionale, Barcelona, perhaps a few select others - and, of course, Chelsea. The question, then, comes in two parts:

1. Is Chelsea interested? In a word, yes. Carlo Ancelotti admitted the club would certainly be interested if the striker indeed became available. John Terry and Nicolas Anelka have openly spoken in favor of a move for Rooney as well.

2. Should the club move forward in attempting to acquire Rooney? That, my friends, is an answer I leave up to you.

Here's a short list of Pros/Cons to help with your decision. Feel free to add your own bullets in the comments section.

Me, I'm torn on the idea - again. Yes, I have a hard time making up my mind. Yes, I'm a sally. But, then again, the club isn't paying me to make these decisions - thank goodness.

Anyway. Let me know how you feel on the idea of Rooney moving to London. I don't know about you, but seeing the man in Chelsea blue is bugging me the **** out.