Chelsea 1-0: Florent Malouda is on the ball after Chelsea halt a Spartak attack, and immediately feeds John Obi Mikel in the centre circle. Mikel tries to pick out Nicolas Anelka's run with a long forward pass. It doesn't work - centre back Nicolas Pareja intercepts, but cannot get any power on his stretching header to clear the ball out of harm's way. The loose ball is pursued by Aleksandr Sheshukov and Sergei Parshivlyuk, and, more importantly, Yuri Zhirkov. It's Zhirkov who gets the ball first, meeting it with his left foot on the half-volley. The shot fizzes over the heads of some rather startled looking defenders and beats Andrey Dikan before dropping down rather happily into the top corner of the net. The last time Chelsea had scored prior to this game had been Alex's thunderbolt against Arsenal, and Zhirkov opens his account here with a goal that's almost as impressive as the Brazilian's blinder. 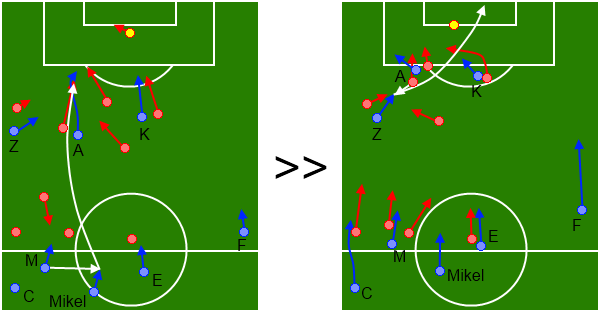 Chelsea 2-0: John Terry and Zhirkov combine to break up a Spartak attack before Chelsea play it around under some pressure in their own half. Eventually the ball finds its way to Ashley Cole, who gets the ball into home territory where Salomon Kalou is open. Kalou, in one of his rare forays into the left side of the pitch, is immediately challenged by a charging Nicoloas Pareja, but the Ivorian is able to work his way around the centreback but cutting into his own half and finding Michael Essien in the middle. Essien begins one of his surging runs through a crowded midfield, and spots Anelka running hard into the space left by Pareja's departure. Marek Suchy tries to step up to catch the striker offside, but is far too late and Anelka receives the ball and has a free run into the box. He had previously failed to convert in similar circumstances thanks to poor control, but this time he keeps the ball twice, cuts back to beat Sergui Parshivlyuk's rather clumsy tackle, and rolls the ball into the far corner without giving Dikan a chance to stop it. 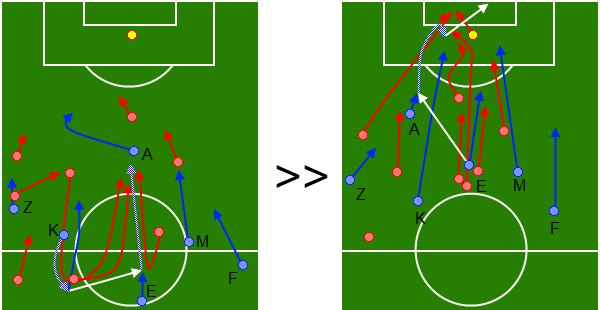