Share All sharing options for: Who's the new kid? 11-year-old joins Blues

Our latest signing gets acquainted with the Cobham training facility. 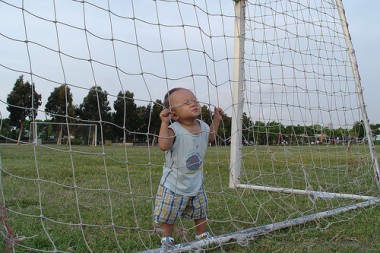 Our replacement for the injured Yossi Benayoun has been found.

Michael Gyasi joined Chelsea today from Northampton Town for an undisclosed fee. Shock signing, indeed. He is expect to slot staight into the side that will travel to Aston Villa this weekend.

Not really. Perhaps in 6-10 years? Hopefully.

Gyasi, you see, is 11 years young. The German-born Gyasi has been a part of the Cobblers Centre of Excellence for the last three years. Now he's moving to one of the finest clubs in the world. Must be a surreal time for the gifted striker that, according to the Guardian, first appeared on Chelsea's radar a year ago when he played against the CFC Under-10s. Another outing against the Blues convinced the suits to pursue Gyasi. He trained with the club, impressed and has now joined for what is believed an initial fee of £10,000. 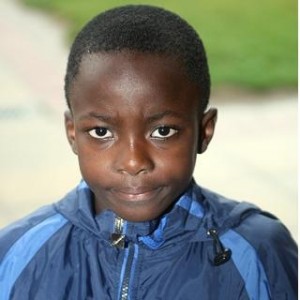 The face of a cold-blooded killer.

Said Trevor Gould, the head of Northampton's centre of excellence: "I think this is a trend that is going to happen. When you are young, you learn most about football and Michael will now play against better teams and better players. I remember the game against Chelsea last year. I think Chelsea won something like 6-2 but I am sure that Michael got the two goals. He moved over from Germany with his parents about four years ago and, as a player, he is very quick, skilful and strong, although he is not very big for his age. He is a great finisher. Chelsea have got somebody special. If he does well, we will be well rewarded. Chelsea have been magnificent and fair."

Sounds excellent. No animosity from the club, either - even better. Onto the player - a player which we know nothing about.

Unfortunately, I am not a regular follower of the Northampton Under-11s. Just the Under-9s. If you are one of the rare few to have traveled to the East Midlands to see this kid play, let us know. Give us an overview. I beg you.

That's all I got. Wishing Gyasi the best as he begins his footballing adventure in West London.