Osgood unveiled: 'A statue fit for a king'

Share All sharing options for: Osgood unveiled: 'A statue fit for a king'

"Without a doubt (Peter Osgood) should be the one with a statue here. This is a wonderful tribute to what he brought to the club. We will never forget him because he is now there every time we come to the Bridge."
-former Chelsea goalkeeper Peter Bonetti 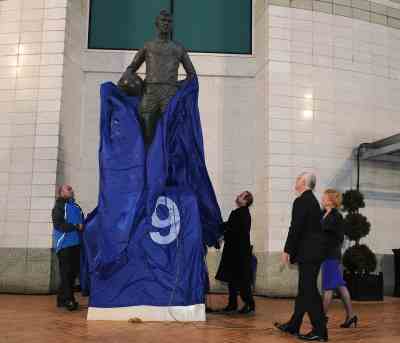 The King of Stamford Bridge.

A fitting tribute to the great Peter Osgood took place Friday evening, culminating with the unveiling of sculptor Philip Jackson's 9-foot statue of the Chelsea legend outside the West Stand. This private ceremony - the statue will be open to the public on Saturday - was superb, featuring appearances by Ray Wilkins, Frank Lampard, John Terry, Bobby Tambing and Roy Bentley.

Peter's widow Lynn was also in attendance, and had this to say:

"Peter would have been so proud. He adored Chelsea just as his fans adored him and there can be no greater recognition than to have his magnificent statue here, outside Stamford Bridge. I just hope that wherever he is he is able to appreciate the amount of love and affection shown to him, as the tributes paid to him from the Chelsea fans have been wonderful." 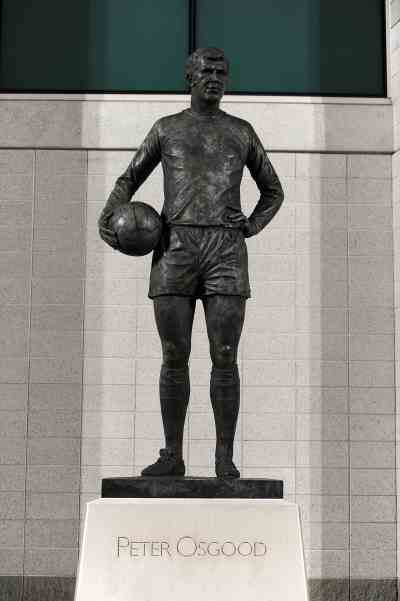