Another day. Another Ferguson. No doubt new Preston manager Darren Ferguson would have spoken to his father, Sir Alex, seeking some insider tips prior to this FA Cup fourth-round match at Deepdale. 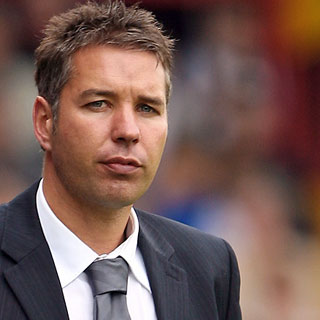 Team news: Ancelotti, who named his side in its entirety during Friday's pre-match press conference, will field quite the strong XI. Omitted from Saturday's tilt are Petr Cech, Joe Cole and Florent Malouda (rest), as well as Ashley Cole (ankle). Other than that, it's about as near a full strength squad as Carlo can produce.

Current form
Preston has won just twice in its past 12 matches in all competitions. Ferguson took over as manager during the first week of January. The Blues, meanwhile, have won their past three, by a combined score of 14-3, and are undefeated in their past eight.

Series
This marks the two clubs' 73rd competitive meeting. They have not met since 2002, when Chelsea won 3-1 in the fifth round of the FA Cup.

Saturday's match will be only the third between the clubs in the FA Cup. Chelsea have progressed on both occasions, in the fourth round in 1969 after a replay, and in the last 16 in 2002.

Prediction
The FA Cup is, as always, unpredictable. Peep Reading at Anfield or Leeds against United for recent evidence. Still, I feel as if the Blues are poised to sweep aside young Ferguson and his Championship strugglers. 4-1 to Chelsea.